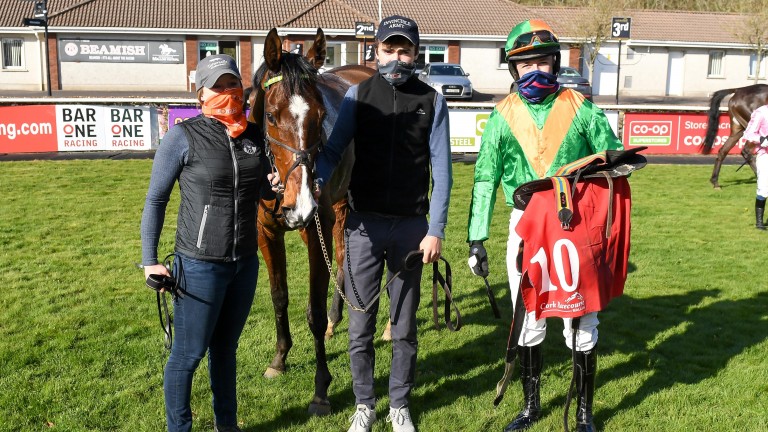 Davy Russell and Gordon Elliott were out of luck in the American Grand National as The Mean Queen continued her dominance in the US jumping ranks to set up a tilt at the Cheltenham Festival.

Irish jockey Richie Condon steered the five-year-old to victory in a tight finish to the 2m5f hurdle contest and trainer Keri Brion soon took to Twitter to tease "Mares' Hurdle here we come" after the race.

The Mean Queen was one of a few Brion took to Ireland last season, where she finished second in a Down Royal bumper before recording an impressive maiden hurdle success at Wexford.

The daughter of Doyen has since thrived on home soil, with the narrow win over Snap Decision completing a Grade 1 hat-trick. It was a fourth at the elite level for her trainer, who took over from legendary champion trainer Jonathan Sheppard.

Brion said: "She was so brave at the last, she knew he [Snap Decision] was upsides her and she needed that jump and she gave it to him. I knew she wasn't going to let him pass. She proved how tough she was again.

"He's an incredible animal but she's just something else. She's everything to us, my owners have been so loyal to me and when I took over training they said they'd stay and they took my advice to buy this mare. This is things you dream of, it's just amazing."

She added: "If she's good after this she goes to Cheltenham, definitely."

The Elliott-trained Chosen Mate, winner of the Grand Annual in 2020, was well beaten, finishing last of the four runners.

Condon and Brion also claimed success in the opening race at Far Hills with Historic Heart, who recently moved to the stable from Nigel Hawke.