Many Clouds to follow same route to Aintree as last year 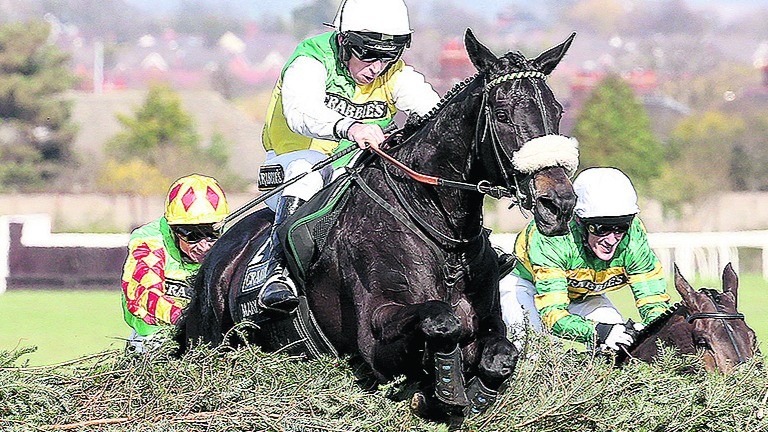 Many Clouds will follow the route to the Randox Health Grand National he took towards his defence last season, with trainer Oliver Sherwood confirming the 2015 winner will start off his campaign in Aintree's Listed Betfred Lotto "£100K Cash Giveaway" Chase in which he was second to Don Poli last year.

He will then go to Cheltenham for the Grade 2 BetBright Trial Cotswold Chase, in which he chased home Hennessy winner Smad Place last season.

The National itself did not go to plan with joint-favourite Many Clouds the last of the 16 finishers, but he was bang in contention until three out and Sherwood said all roads lead back to the scene of his greatest triumph.

"The plan is to run [on Saturday] and I'm very happy with him," he said. "So unless something happens between now and Saturday, which can happen with horses, he'll definitely run. He started well in the race behind Don Poli and ran well. I couldn't be happier with the horse but the proof will come on the racecourse.

"God willing he'll go there on Saturday, and then to Cheltenham for the race in which he was second to Smad Place last year, then Kelso and then Aintree. That's the plan at the moment but plans can go wrong."

Neil Mulholland is himself planning a route to the National for at least two of his string, with The Young Master confirmed to be on course for Saturday's Betfred Becher Chase, for which he is 12-1 with the sponsors.

"He schooled over National fences last week and schooled very well," said Mulholland. Sam [Waley-Cohen] will ride him and he rides the course very well."

Aintree clerk of the course, Andrew Tulloch, will water on Tuesday and Wednesday ahead of Saturday's fixture. "It's looking great, it's in great nick," he said. "We had some rain ten days ago and we're giving it another mow today because we're still growing.

"I think we will be watering, it's always our policy to provide safe jumping ground. We'll probably start tomorrow and then see how the week pans out – it appears to be a dry week with temperatures up to nine degrees celsius.

"We'll start with 4-5mm and we can always tickle it from there. If we water it now the National should be a mixture of good to soft and good and we'll put something similar on the Mildmay and hurdle course on Wednesday."

Mulholland is also plotting a route to jumping's richest handicap for this weekend's half-a-length Hennessy runner-up Carole's Destrier, who will take on the Coral Welsh National as his next challenge.

"He's come out of the race fantastic and had a walk around the roads this morning, added Mulholland. "He's taken the race very well and he'll go to the Welsh National next and then we'll see what the weights are for the Grand National."

David Pipe revealed Hennessy tenth Un Temps Pour Tout had also come out of the race well and that stable star Moon Racer could be seen again before the new year.

He said: "Un Temps Pour Tout seems to have come out of it fine. I don't know where we'll go next – we'll see what the handicapper does tomorrow. Moon Racer might have an entry at Cheltenham and there's a race at Ascot for him so he might be out again before the new year."

FIRST PUBLISHED 4:51PM, NOV 28 2016
God willing he'll go there on Saturday, and then to Cheltenham for the race in which he was second to Smad Place last year, then Kelso and then Aintree