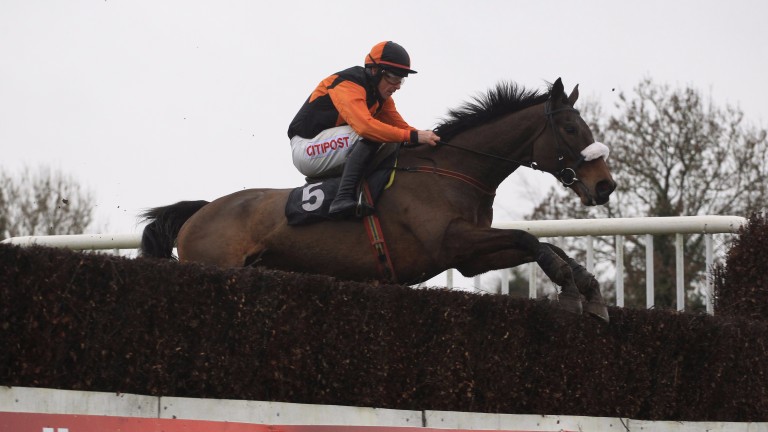 It's all guns blazing for Montys Meadow ahead of the Thyestes Chase next week according to his trainer Jimmy Mangan
Patrick McCann
1 of 1
By Brian Sheerin 5:44PM, JAN 19 2017

The Thyestes Chase has been a race close to Jimmy Mangan’s heart since his father Paddy sent out June’s Friend to victory in 1981, and the Cork trainer believes Montys Meadow has got what it takes to carry the family’s proud tradition in the valuable Gowran Park handicap on Thursday.

Mangan said: “It’s a very special race and I would love to win it. I think Montys Meadow has always been a type that could run well in a Thyestes and this has been his main target."

Mangan followed in his father’s footsteps to send out Whinstone Boy to victory in 2010 and in 16-1 shot Montys Meadow the Cork trainer believes he has his best opportunity for some time to repeat the trick.

“Soft ground is the key to him and I was very pleased with him at Limerick last time when he was narrowly beaten. He needed that run," Mangan said.

“We had a very dry autumn, so we couldn’t do much with him and he fell at the first in a hurdle race at Clonmel on his seasonal debut so really had no prep race for Limerick

“It has been a lucky race for us as a family and he is 100 per cent for next week. It’s all guns blazing for Gowran Park.”

Gordon Elliott is responsible for 11 of the 35 horses who stood their ground for the prestigious handicap at Thursday's forfeit stage.

The market is currently headed by the Willie Mullins-trained The Crafty Butcher, who is available at a best priced 6-1 with BoyleSports and is one of six horses left in the race by the champion trainer.