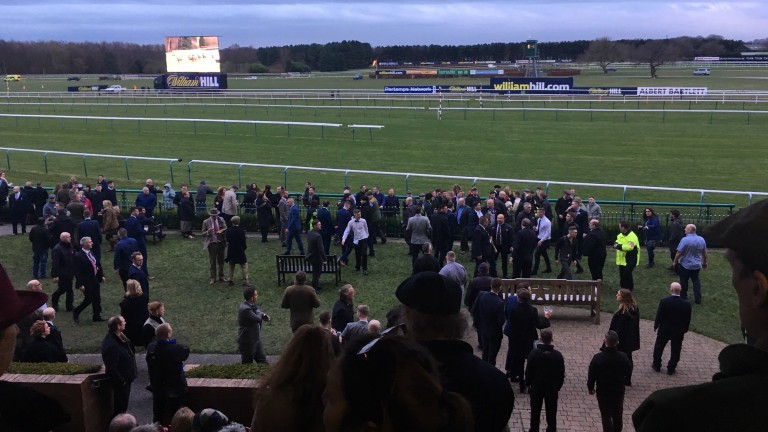 A 26-year-old man has been charged with affray and possession of cocaine following the mass brawl which broke out at Haydock racecourse in February.

Fighting broke out ahead of the last race on the track's Grand National Trial card on February 16, with a reported ten or 12 people involved in the incident in front of the Centenary Stand.

Mason Nield will appear at Liverpool Magistrates Court on August 27.

A statement from Merseyside Police said: "At around 4.50pm, officers were called to the racecourse following reports of a disturbance involving a group of men.

"Following enquiries, 26-year-old Mason Nield of Elmbank Road, Middleton, was arrested and has now been charged with affray and possession of a class A controlled drug [cocaine]."

In the wake of the incident, Haydock officials expressed disappointment at the violent scenes, underlining what a spokesman described as "zero tolerance" to such behaviour, and describing the brawl as "completely out of character with a jumps fixture in February".

FIRST PUBLISHED 12:49PM, AUG 1 2019
At around 4.50pm, officers were called to the racecourse following reports of a disturbance involving a group of men