Yorkhill given final chance to shine over fences 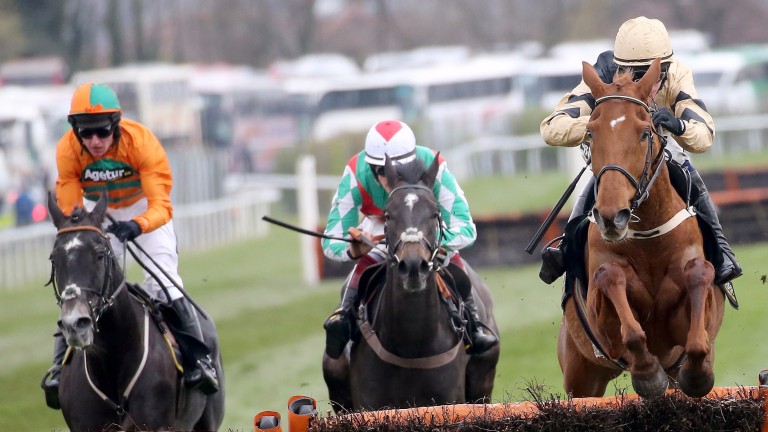 Yorkhill: the talented runner could revert to hurdles if he doesn't perform over fences at Leopardstown
GROSSICK RACING PHOTOGRAPHY 0771
1 of 1
By David Jennings UPDATED 1:10PM, JAN 30 2018

Deliver on Saturday or return to hurdling – that is the ultimatum Willie Mullins has given Yorkhill, who could make his last appearance over fences in the Coral Dublin Chase unless he performs up to expectations and enhances his Champion Chase credentials.

Mullins gave the lowdown on his huge squad for the Dublin Racing Festival at the launch of the BHP Insurances Irish Champion Hurdle at the Hibernian Club in Dublin on Monday afternoon and has given the green light for Yorkhill and Min to take on each other.

"Min and Yorkhill are intended runners and will take each other on," Mullins said. "Yorkhill is too difficult to ride over a trip. I'm hoping this might suit better, otherwise we might go back over hurdles. This will tell us a good bit and determine which direction we are going.

"Min did too much in the early part of the race at Christmas and that left him flat in second part of it. I have been happy with him since and he will run on Saturday." 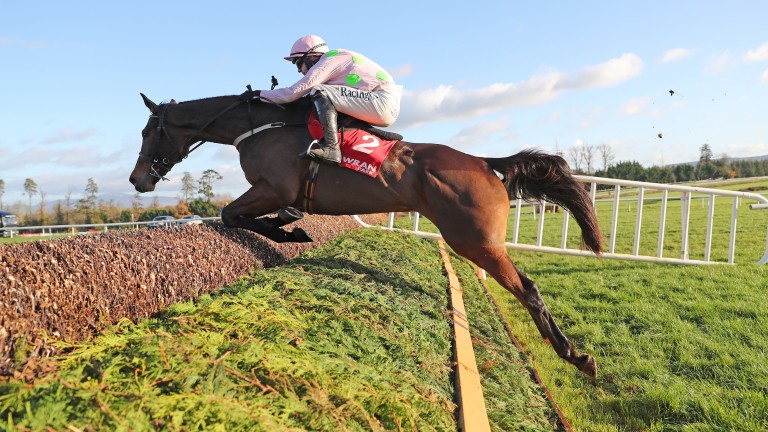 Min: looking to get back to winning ways after finishing second to Simply Ned
Caroline Norris
Mullins was unsure which of the pair Paul Townend would ride but there was no doubt in his mind that the Cork-born rider would be on board Killultagh Vic and not Djakadam in the Unibet Irish Gold Cup on Sunday.

Mullins said: "Djakadam and Killultagh Vic will both run. I would imagine Paul will ride Killultagh Vic. He looks the one with more potential. Djakadam has been there and done it but has disappointed us twice this season. Killultagh Vic is a horse we like and he is most certainly a better chaser than hurdler. He gives his fences much more respect."

Footpad is a warm order to land the Frank Ward Solicitors Arkle Novice Chase and Mullins would be more than happy for him to repeat his heroics in the Racing Post Novice Chase over Christmas.

"Footpad will run on Saturday. If I can keep him at the same pitch as he was at Christmas, that will do me," he said.

The Triumph Hurdle picture should look clearer after the Tattersalls Ireland Spring Juvenile Hurdle and Mullins had very nice things to say about the filly Stormy Ireland who won by a huge margin on her Irish debut at Fairyhouse.

Mullins said: "Stormy Ireland did it very well at Fairyhouse. Maybe she got an easy lead but she did not come back to them. We thought she was not too bad but we didn't think she would do anything like that. She jumps and gallops. That is her forte. Mr Adjudicator has won around Leopardstown so that is a big plus for him."

Next Destination will not be running in the Lacy & Partners Solicitors Novice Hurdle but Invitation Only and Al Boum Photo will run in the Flogas Novice Chase on Sunday.

And the Mullins banker? That is Total Recall in the William Fry Handicap Hurdle on Sunday.

"On ratings, Total Recall could be very well in", he said. "Not all horses jump hurdles as well as they jump fences. Take Killultagh Vic for instance but hopefully Total Recall can advantage of his much lower mark over hurdles."

It is a crucial two days in the Irish trainers' title race and Mullins believes it is all to play for.

"There is a lot of prize-money on offer and we have a lot of nice horses running over the two days," he added. "I'm sure Gordon has too but it is all to play for."

FIRST PUBLISHED 6:53PM, JAN 29 2018
Yorkhill is too difficult to ride over a trip. I'm hoping this might suit better, otherwise we might go back over hurdles