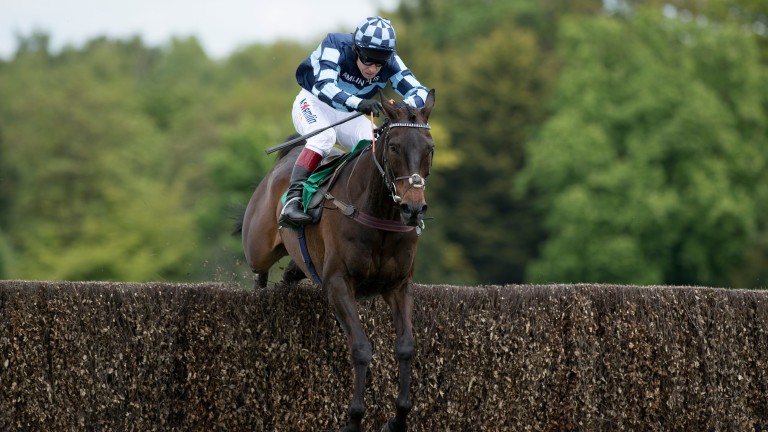 Connections of Menorah described him as the perfect racehorse after he ended his career with a fourth successive win in Sandown’s Grade 2 bet365 Oaksey Chase.

His popularity, as trainer Philip Hobbs revealed that the 12-year-old would not be asked to race again, was obvious, with the paddock packing full of supporters who cheered in admiration.

Two Grade 1 wins arrived in the 2010 Supreme Novices’ Hurdle at Cheltenham and 2012 Manifesto Chase at Aintree, but it is the final day of the season and his four Oaksey Chase wins that will perhaps live longest in the memory.

And it was business as usual for Diana and Grahame Whateley’s pride and joy, as he jumped impeccably under champion jockey Richard Johnson to have matters well in hand. He tired on the final climb to the line but was far enough clear, with the crowd willing him home.

"He's been phenomenal," said Hobbs with tears in his eyes. "He's not the best but he's one of the best.

"It has to be the right decision to retire because the only other race for him is the Charlie Hall Chase in October, but that will be on soft ground, which is no good, and there's no point bringing him back for that. It's good to stop here.

"He's always been so genuine and straightforward – he's the easiest horse to deal with in every way and a real yard favourite. He'll be hard to replace."

The occasion was too much for Diana Whateley, who wiped away the tears as husband Grahame said: "He's going out at the top. I couldn't put him through it again, we don't need to. We've been so lucky as a family and we're so very privileged to be associated with a horse like him."

Richard Johnson on his retiring pal . . .

Menorah has been a highlight of my career, let alone a highlight of this season or of Saturday. He's been a privilege to ride and it's a fantastic way to finish the season. 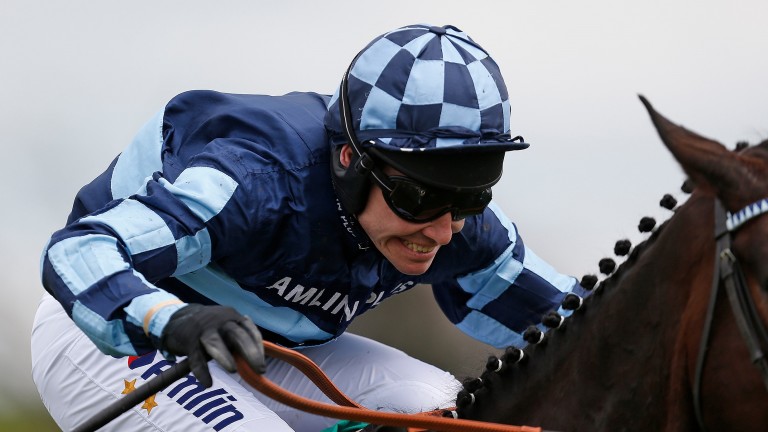 One in a million: Richard Johnson pushes out Menorah
Alan Crowhurst
He's one in a million and very special to me. To win a Supreme Novices' as a five-year-old, beating AP in a close finish, was a highlight in itself, but to then win an Aintree Grade 1 novice chase the following season, a Charlie Hall Chase and now four of these is phenomenal.

To have one brilliant season is hard enough, but to run all the way through his career without a blip or a problem, staying at that same level for seven or eight years, is incredible.

Philip [Hobbs] has done a brilliant job with him, and Tim Dennis, who leads him up and rides him out, has been devoted throughout and deserves a lot of credit too.

I think he's now going to come and live with us. We've got Looks Like Trouble and he's got a place with us for the rest of his days.

He'll definitely have a few days out hunting, and now the children are riding it will be good to have a horse like him I can ride around the farm on while they are on their ponies.

He'll have a happy and fun retirement.

2014
After a campaign of King George, Ryanair Chase and Aintree Bowl in which he had not shown his best, Menorah decisively showed spring is his time with his first and easiest win. Travelling well throughout, he was pushed into the lead three out and strode clear for a 17-length victory, returning at 11-4. 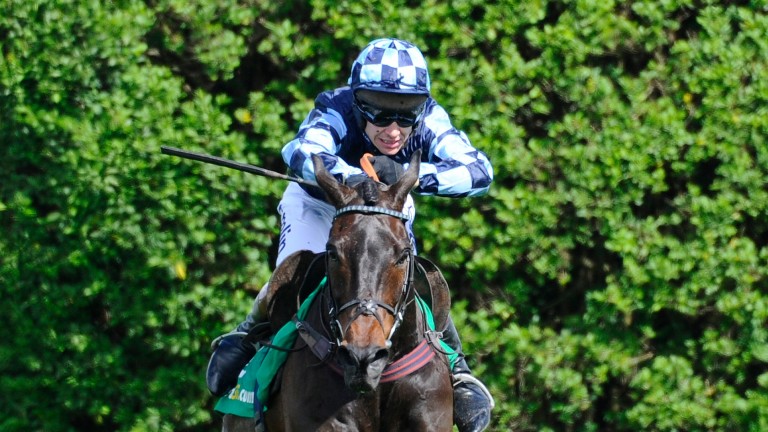 How it all began: Menorah lands his first win in the Oaksey Chase in 2014
Alan Crowhurst

2015
With no Cheltenham Festival appearance this time, one less big race on his programme drew no change of fortune at Kempton and Aintree but at Sandown it was business as usual. His jumping was not as fluent, with a number of mistakes, but he stuck with Al Ferof and Third Intention and ran on best to record a length-and-a-half triumph, again starting at 11-4. Philip Hobbs was quizzed by stewards about his apparent improvement in form but could could offer no explanation, other than he had been inconsistent in the past.

2016
By now Hobbs had found the template for Menorah, taking Kempton, Cheltenham and Aintree off the horse's agenda and after one run in early December focused the campaign entirely on finale day. Willie Mullins was chasing a British jumps trainers' title and had the 4-5 favourite Valseur Lido, to whom 5-1 shot Menorah was conceding 5lb, but the fresher Menorah produced a brilliant round of jumping and was too strong for his opponent on the run-in.

2017
What a way to sign off. In what proved to be his final race Menorah, who had not been out since Hennessy day in November, when he ran over hurdles, was tuned to the minute. Despite advancing years he produced a jumping masterclass and could be called the winner from some way out. Nothing else could lay a glove on the 9-4 chance, and he was immediately retired.

FIRST PUBLISHED 2:50PM, APR 29 2017
Menorah has been a highlight of my career. He's been a privilege to ride and it's a fantastic way to finish the season