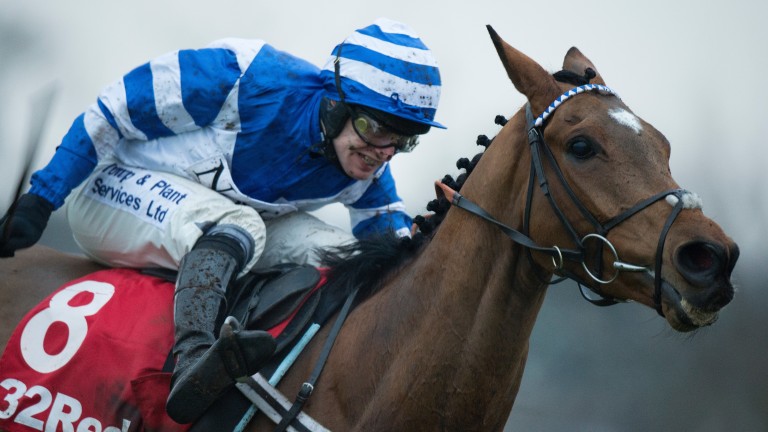 Maestro Royal and David Bass on the way to scuppering the hopes of a pair of Scoop6 punters
Edward Whitaker
1 of 1
By David Milnes 5:36PM, JAN 7 2017

Sandown winner Maestro Royal sank the hopes of two Scoop6 punters on Saturday who were left in the final leg of the bet with over £650,000 up for grabs.

After solving five tricky legs, including 20-1 chance Pete The Feat, it was left to Chocala and Discours D’Un Roi to battle it out on behalf of the pair, with 9-4 favourite Chocala faring best when finishing third behind the 15-2 winner.

Earlier in the afternoon, 2,653 tickets remained in contention at halfway with the first three legs going to fancied runners before Pete The Feat stuck the boot into many hopes in the Veterans Chase with just 28 making leg five, in which KK Lexion’s Wincanton success sent the remaining pair through to the finale.

The bet now rolls over for the seventh consecutive week. Totepool spokesman Matt Hulmes said: “Once again the Scoop6 proved beyond punter,s but turnover was good this weekend and we will be looking at £1 million in combined funds next Saturday, when I expect the Betfred Classic Chase at Warwick to feature among the nominated races.”

FIRST PUBLISHED 5:08PM, JAN 7 2017
Once again the Scoop6 proved beyond punters but turnover was good this weekend and we will be looking at £1million in combined funds next Saturday