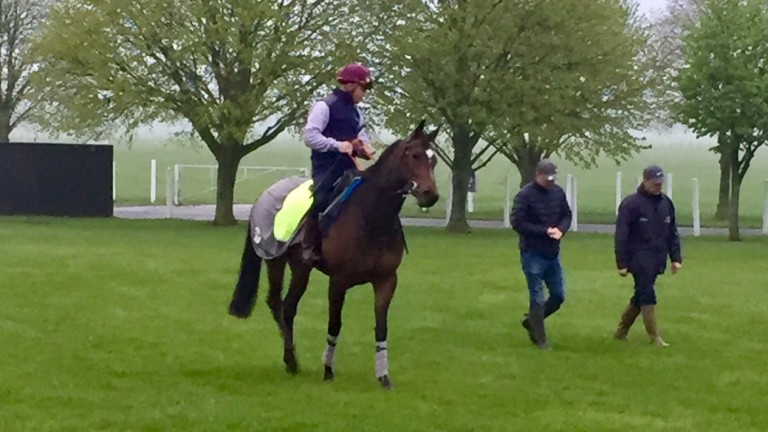 There was 6mm of rain overnight and it was still coming down at first light on Saturday, which meant Varian had to reroute his team to Racecourse Side with the closed signs going up on the Limekilns. The Carlburg team hope to have two runners in the Qipco 1,000 Guineas next Sunday, including this Cheveley Park third who breezed nicely under Andrea Atzeni.

Cumani had his powerful team close to home on the Al Bahathri, where this half-sister to his former star Postponed shone over seven furlongs under Jamie Spencer. Despite hours of research in the programme book the trainer cannot find a suitable opportunity over a mile and a half for his progressive four-year-old until June.

Walk In The Sun
Jeremy Noseda

There will be a lot more to be heard of this unbeaten colt in the coming weeks and he impressed in some easy work on the Al Bahathri. The son of Street Sense could well join the Phoenix Thoroughbred team in the US at a later stage of his career.

As well as riding out three days a week for Ralph Beckett, Louis Steward still finds time to maintain his old contacts in Newmarket and was well to the fore in his exercise around the bend on Racecourse Side. A winner at Goodwood as a two-year-old, Roulette could be well handicapped.

This versatile Cup performer was in the vanguard of Gosden's team in action on the Al Bahathri at second lot and he impressed under Richard Hills. The five-year-old is set for a return next month to Chester, where he won as a three-year-old. 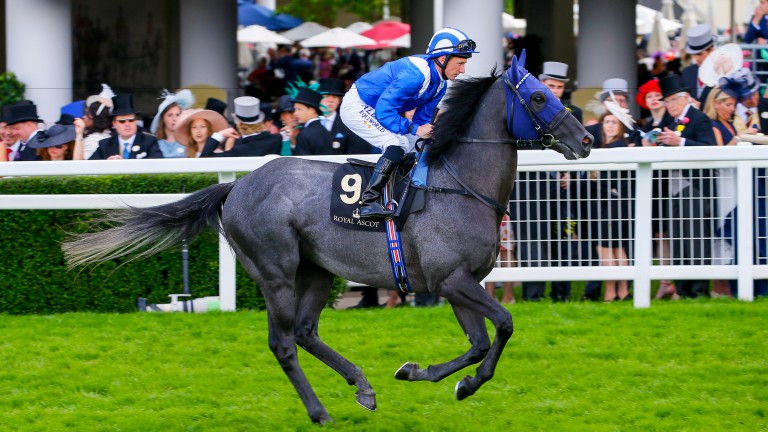 Stoute was fresh from two winners at Sandown on Friday – and also fresh after avoiding the three-hour drive home as he did not attend. This daughter of Frankel looked the business in her spin with Mirage Dancer on the Al Bahathri, which prompted the familiar Stoute whistle.

FIRST PUBLISHED 3:28PM, APR 28 2018
There will be a lot more to be heard of the unbeaten Walk In The Sun in the coming weeks and he impressed in some easy work on the Al Bahathri