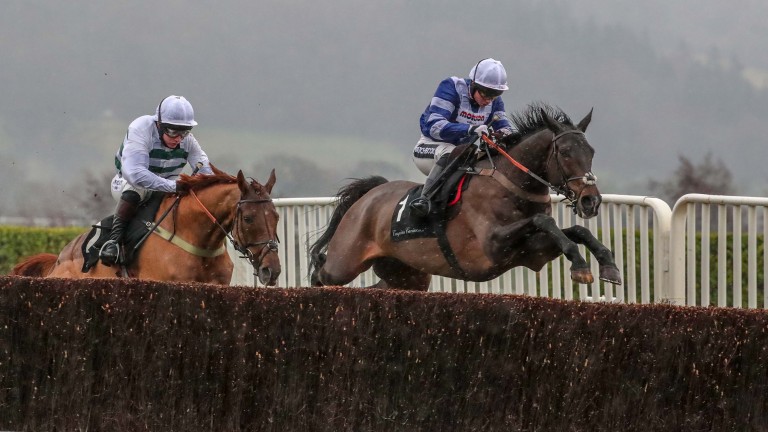 Maddy Playle, Dave Orton, Tom Segal and Paddy Power's Paul Binfield review the weekend's racing as the Frodon & Bryony Frost combination reigned victorious once more at Cheltenham in the Caspian Caviar Gold Cup. We also look towards racing at Ascot & Haydock on the weekend, alongside the panels best bets in the week's action.

- On today's Racing #Postcast, Maddy and the team look back at Frodon's excellence in the Caspian Caviar Gold Cup, Bryony Frost had to overcome a strong field and even stronger weather at Cheltenham to pick up the prize Frodon had previously won as a 4yo.

- There were good wins for Brain Power in the Unibet International Hurdle, Qual Destin in the bet365 Summit Juvenile Hurdle at Doncaster and Rocky's Treasure in the bet365 December Novices' Chase. Do those runs permit an ante-post festival bet? Find out what the team think.

- We're at Ascot & Haydock on the weekend for the JLT Hurdle, Garrard Silver Cup, the Betfair Exchange Trophy plus much more! Our team get stuck in to who they fancy early on and why.

- Plus we look towards the midweek racing and our team pick out their NAPS.

All prices can be found at https://www.paddypower.com/horse-racing