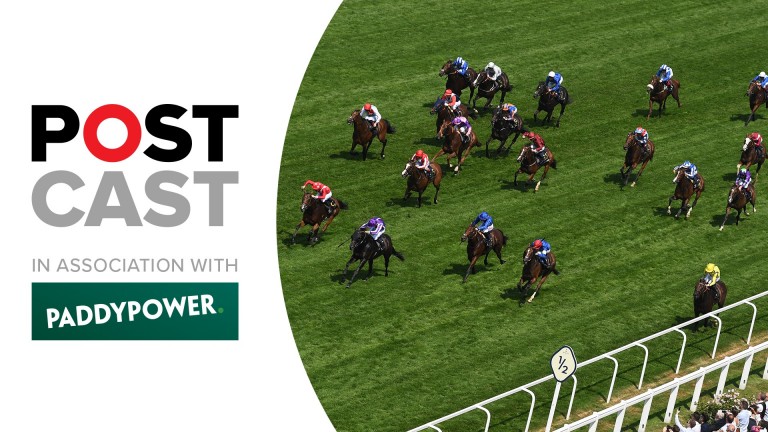 - The team review the weekend's action including Gold Mount for Ian Williams winning in style in the Grand Cup at York on Saturday, although could he be skipping the Ebor for the Melbourne Cup?

- Royal Ascot is finally with us this week and the team give their best bets for each race of Day One at the Royal Meeting, starting with the Queen Anne Stakes. Can the fans' favourite filly Laurens make up for her Lockinge run?

- Battaash remains favourite for the King's Stand and is hotly tipped by one of the panel, but not everyone agrees...

- Phoenix Of Spain for Charles Hills is the current favourite for the St James's Palace Stakes having demolished Too Darn Hot in his seasonal reappearance at the Curragh in the Irish 2,000 Guineas. Will it be another second place for John Gosden's runner, or can he finally prove his class?

All prices can be found at Paddy Power: bit.ly/2RQ6Nv0