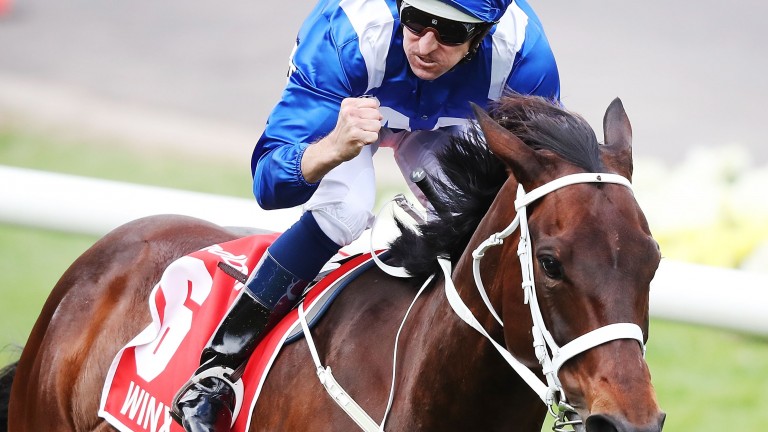 - On today's Racing Postcast, we look back at Winx's record win in Australia's Cox Plate as the debate continues on her legacy in world racing - is she really as good as Frankel?

- The panel review the weekend action at Doncaster and Cheltenham, as Magna Grecia wins the Vertem Futurity in dramatic circumstances, while Lil Rockerfeller wins his latest trip over fences - where will he run at the Festival?

- The bet365 Charlie Hall Meeting is on next weekend - we look at potential entries at Wetherby, and preview the Sodexo Gold Cup at Ascot.

- Enable has arrived in the US - we take a look at the Longines Breeders' Cup Turf, and look at British and Irish interest in the other races at Churchill Downs on Saturday.

- Plus, an ante-post look at next week's Melbourne Cup, and our team bring you their NAPs from midweek racing.

Midweek NAPS:
Tom Collins:
Garrison Commander in the 1.10 at Nottingham on Wednesday
Newspaperofrecord in the 8.00 at Churchill Downs on Friday

Nick Watts:
Colby in the 2.25 at Sedgefield on Thursday
Didtheyleaveuoutto in the 1.00 at Fakenham on Wednesday

Paul Binfield:
Lady Aria in the 1.40 at Newmarket on Friday