Lynch and Russell look forward with Zabana after Lexus disagreement 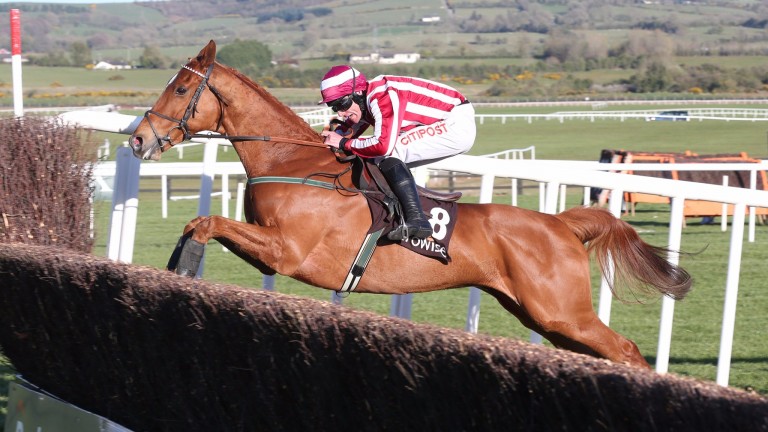 Andy Lynch and Davy Russell are looking forward rather than back with Zabana as the pair hope to put a disagreement over tactics in the Lexus Chase behind them when they bid for the Stan James Irish Gold Cup at Leopardstown next month.

Lynch accused Russell of charting an unnecessarily wide path aboard Zabana in last month’s Lexus, but Russell defended the tactics and said he had the eight-year-old’s best interests at heart.

Lynch says they are over their disagreement and are both focused on the Irish Gold Cup on February 12.

“We've put that behind us and we're looking forward to Leopardstown now,” Lynch said.

“These things happen in racing and we're all on track for the Irish Gold Cup. Hopefully we can school him at Leopardstown on the 29th before the big race and then it will be onwards to Cheltenham for the Ryanair.

“When he’s in good form he licks the pot and he’s doing just that at the moment. He’s cantering away and he'll get a good piece of work next week as well.”

If Zabana is to land his first Grade 1 out of novice company, he will have to wrestle the prize from Carlingford Lough, who is chasing his third straight victory in the race.

John Kiely has pencilled in a spin over hurdles for the JP McManus-owned 11-year-old at Navan on Saturday before an assault on Leopardstown and he may be joined in the green and gold by the Jonjo O’Neill-trained pair More Of That and Minella Rocco.

Gigginstown House Stud are typically well represented with six of the 17 entries and Empire Of Dirt, Road To Riches and Don Poli are likely to spearhead their challenge. Djakadam is Willie Mullins' sole entrant.

Entries have also been revealed for the Flogas Novice Chase, Spring Juvenile Hurdle and Deloitte Novice Hurdle – all Grade 1 events – on the same card.

FIRST PUBLISHED 6:06PM, JAN 19 2017
We've put that behind us and we're looking forward to Leopardstown now