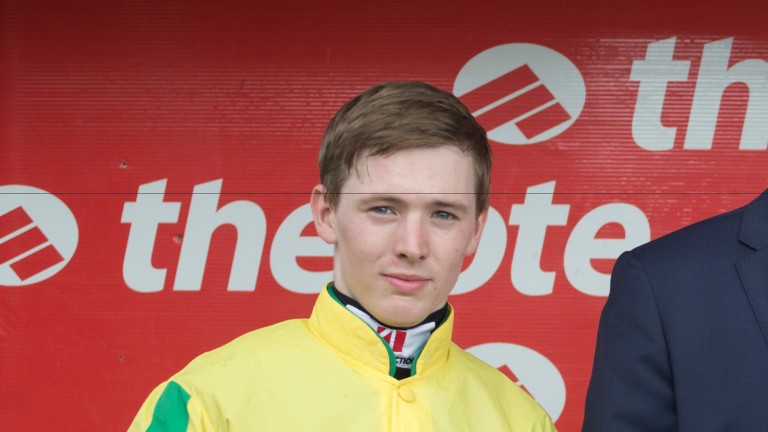 If your punting policy at Dundalk in 2016 was to back every horse ridden by Colin Keane and nothing else, you would be in clover right now. The Trim native has had 19 winners at Ireland's only all-weather venue this year and boasts an impressive €31.92 level-stakes profit for every €1 staked.

Keane has a 25 per cent success rate when teaming up with Natalia Lupini, with one win from four rides, and that sole success arrived on Alnahar, his mount in this contest. That was in a course-and-distance handicap in January off a mark of 57 but, despite the fact that Alnahar has not won since, he races off a 9lb higher mark tonight.

Course specialist Sharjah is a regular visitor to Dundalk and this is his 42nd visit to the Louth track. There was more sign of life from the six-year-old last time, 12 days ago, when he finished a close fifth of 14 behind Specific Gravity. He seems to be coming back to himself and a seventh course success is not beyond the bounds of possibility.

The Michael Halford-trained Duchessofflorence was one spot behind Sharjah in the aforementioned contest but she was successful over course and distance last month and should not be underestimated in the hands of Shane Foley.

Andy Slattery, trainer of Sharjah
He's in top form and I'm delighted with him. The one worry I have is the draw as he is out in stall ten and the first bend comes very quick over this trip. If he breaks well and gets into a good position, I think he'll go close.

Natalia Lupini, trainer of Alnahar
I'm confident of a good run with Colin [Keane] booked. He knows him well and rode him when he won in January.

Peter Fahey, trainer of Serefeli
He's had a little break since his last run at Limerick and he seems to be in good form. He has never been to Dundalk before, so I hope he'll handle the surface. He has a nice draw in stall five and, if he handles the track, he should go well.

Keith Clarke, trainer of Solar Benny and Shanghai Dolly
It was much more encouraging from Solar Benny last time and I really fancy him to run a big race. He has everything in his favour – he's well drawn in stall two, he likes the track and we have a really good rider in Wayne Lordan. He takes a bit of a grip and he's not an easy ride, so it's great to have Wayne. Shanghai Dolly is a smart filly and she shouldn't have the low mark she does with the ability she has. Anything is possible with her if she settles.