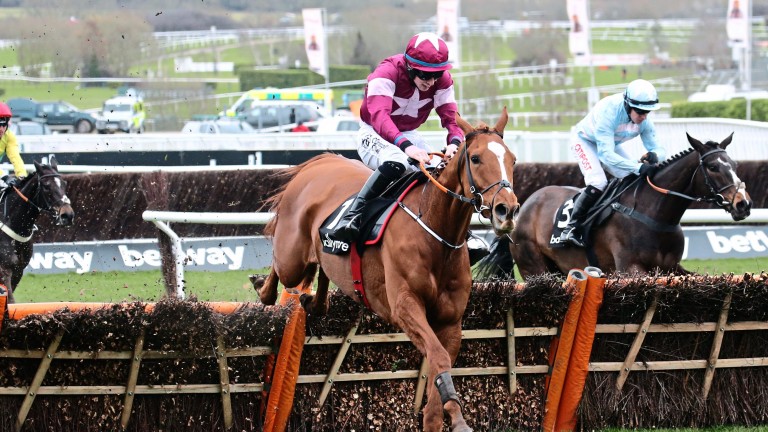 Samcro has been described as a very doubtful runner for the Cheltenham Festival in March after a deep-seated lung infection was discovered in tests taken from the seven-year-old following his tame defeat in the Ryanair Hurdle at Leopardstown on December 29.

Last season's Ballymore Novices' Hurdle winner – who is set to go novice chasing next term – started 6-4 favourite to get off the mark against senior opposition at the fourth time of asking, but folded in the straight to finish fifth of the six runners behind the winner Sharjah.

The nature of the defeat left many to conclude something must have been amiss with Samcro, and a valid excuse for his subdued performance has now been identified after tests were taken in recent days.

Eddie O'Leary, speaking on behalf of owners Gigginstown House Stud, told the Racing Post on Wednesday that Samcro has been diagnosed with a heavy lung infection that will require a ten-day course of antibiotics.

He did not categorically rule out the prospect of the Gordon Elliott-trained star making it to Cheltenham, but described him as very unlikely to do so.

"Samcro won't be able to run at the Dublin Racing Festival early next month and I'd say it's very doubtful he'll go to Cheltenham," said O'Leary.

"As far as the big meetings after Cheltenham are concerned, we'll let the horse tell us if he's ready to run. Otherwise, we'll leave him alone until next season when he will go novice chasing."

Samcro had run twice this season before his disappointing effort in the Ryanair Hurdle. He was surprisingly beaten into second place by Bedrock at Down Royal in November, before being trounced by eight lengths when taking on Buveur D'Air in the Fighting Fifth Hurdle at Newcastle.

He had ended his previous campaign with a fall in the Punchestown Champion Hurdle.

Find out about Members' Club, the ultimate resource for racing fans and punters Snowden backs review of handicapping system after Irish statistical domination Spring months to bring another glut of future Henderson stars to the track Stewards inquire after Tiger Roll slumps to 92-length defeat in Bowl Anthony Knott: I completely lost track of what we were doing and where I was Here's the latest Irish raider trying to exploit the handicap system