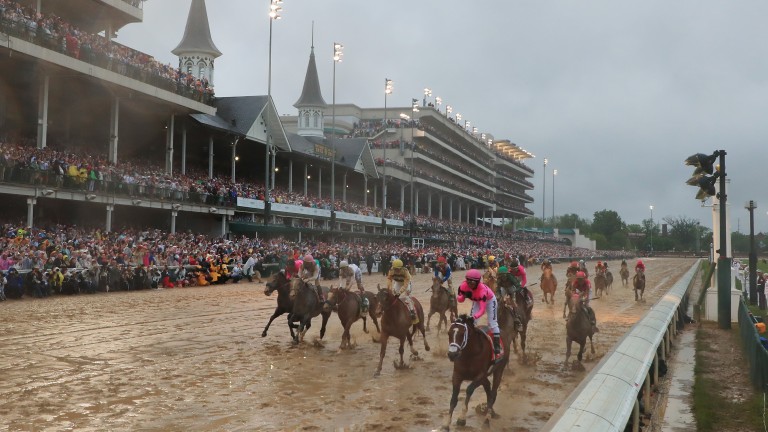 Maximum Security passes the post in front in the Kentucky Derby but was later demoted to 17th by the Churchill Downs stewards
Rob Carr/Getty Images
1 of 1
By bloodhorse.com/Frank Angst 5:28PM, MAY 13 2019

Jockey Luis Saez has been suspended for 15 days for his Kentucky Derby ride on Maximum Security, who passed the post first but was controversially demoted for causing interference.

The Kentucky stewards found there was a "failure to control his mount and make the proper effort to maintain a straight course thereby causing interference with several rivals that resulted in the disqualification of his mount".

Gary and Mary West's Maximum Security was disqualified and placed 17th by the stewards after it was determined that he had veered out and caused direct interference with War of Will, and chain-reaction interference with Long Range Toddy and Bodexpress.

The stewards issued their decision to the Kentucky Horse Racing Commission on May 12, and the ruling was posted to the KHRC website on May 13. The ruling, which followed a May 10 film review, calls for Saez to be suspended from May 23-27, May 30-June 2, June 6-9, and June 13-14. 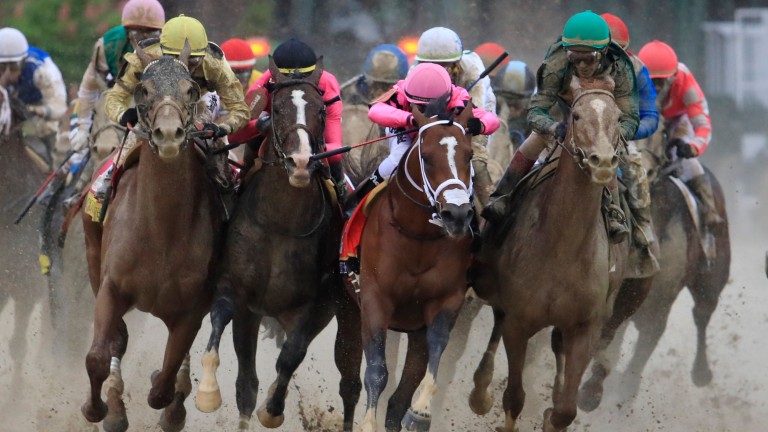 Saez, who currently is riding at Belmont Park, was represented at the May 10 film review by Louisville attorney Ann Oldfather.

Oldfather had presented the stewards with a video that made the argument other riders and horses caused or contributed to the interference.

FIRST PUBLISHED 5:22PM, MAY 13 2019
Failure to control his mount and make the proper effort to maintain a straight course thereby causing interference with several rivals