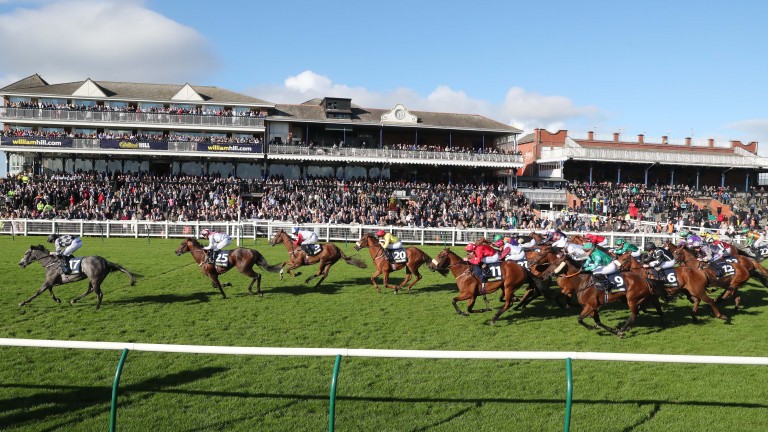 You can't beat that Friday feeling – ask two frustrated groups who'd been feeling down on their luck and got a real teatime boost in the 77.55sec it took to run the William Hill Ayr Bronze Cup.

Lucky Lucky Man's victory was a perfect tonic for Richard Fahey and his team as the trainer had drawn a blank in the first 13 races at a meeting where he had enjoyed 35 winners in the previous decade.

And anyone who owns, trains, rides or has backed a runner drawn high in Saturday's Gold Cup will approach the £200,000 puzzle with  renewed confidence.

Stands' side stalls were about as popular as cold haggis at Thursday's draw for Scotland's biggest Flat race, with trainers almost universally plumping for low or middle numbers when given the chance.

Yet Lucky Lucky Man came out of stall 16 and was chased home by Royal Residence (23), Tawny Port (25) and Kenny The Captain (20) in a result that, at the very least, showed that those in high stalls on Saturday cannot be ruled out on the grounds of the draw alone.

"It bears thinking about," said Fahey, who has four runners in a race he has won twice before. "The only problem is my highest draw is 13! But you know what it's like here, it can change."

David Allan, who rode Royal Residence, added: "We raced as one group down the middle of the track so there didn't seem to be any bias. I'd imagine we'll do the same again."

Teenage winning jockey Oakley Brown will be at Catterick rather than Ayr on Saturday, but he will go there on the back of the biggest of just three career victories, all of which have come in the silver and black checks of the Musley Bank Partnership.

"It went really smooth," said Brown, a former pony racing champion who is only 16 but has been with Fahey for three years. "This is brilliant, Mr Fahey is great to work for, the best boss."

"He's quite a tall lad and he'll probably end up jumping but he's a very good rider," Fahey said of the 7lb claimer, who hit the front over a furlong out on Lucky Lucky Man and had enough in reserve to hold on by a length and a quarter. 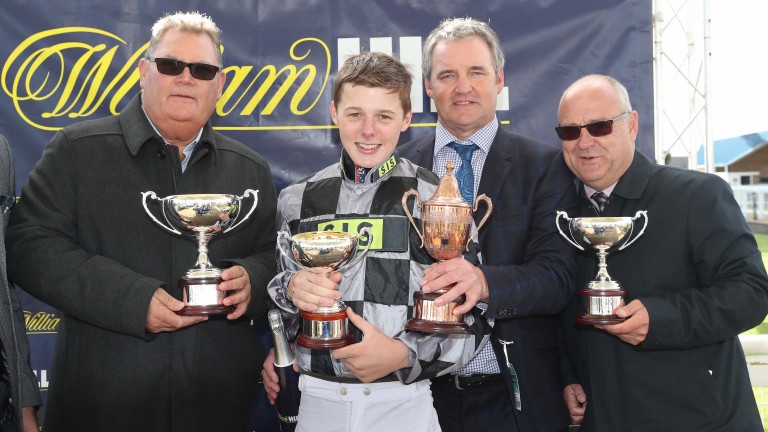 Reflecting on his less than successful start to the meeting, Fahey said: "It's been a pain, it's been frustrating.

"You feel like you want to get in the car and go home, so it's nice to get a winner. Nothing's really run that badly, they've run okay but it's about winning."