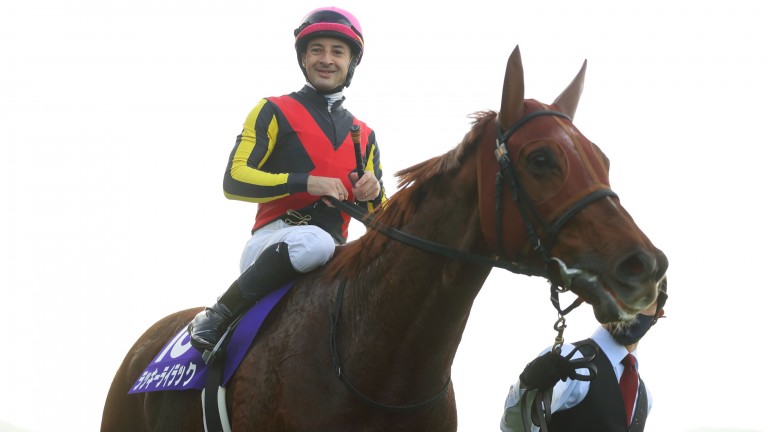 Favourite Lucky Lilac defied being drawn 18 of 18 and clung on in dramatic fashion under Christophe Lemaire to deny the late charges of Salacia and Loves Only You.

Normcore opened up a decent break on the field down the back after slow early fractions, and Lemaire was forced to take the initiative, producing Lucky Lilac four wide around the home turn .

The five-year-old daughter of Orfevre became the fourth back-to-back winner of the Queen Elizabeth II Cup, a feat completed most recently by Snow Fairy and Ryan Moore in 2011.

It was Lucky Lilac's third career Grade 1 at Hanshin – which hosted the race because Kyoto is closed for redevelopment – and a fourth in total.

Lemaire said: "She is really strong. She has raced at the top level since her two-year-old season and I had plenty of confidence in her ability to win.

"It was very hard for us from the outside draw but she ran a good race, she was calm and showed a good turn of foot. We hit the front early but she was strong to keep the lead all the way to the line, she is tough."

Retirement is likely to be on the agenda at the end of the season, but last season trainer Mikio Matsunaga took Lucky Lilac on to the Longines Hong Kong Vase – where she found only compatriot Glory Vase too strong – while a domestic swansong in the Arima Kinen would be another option. 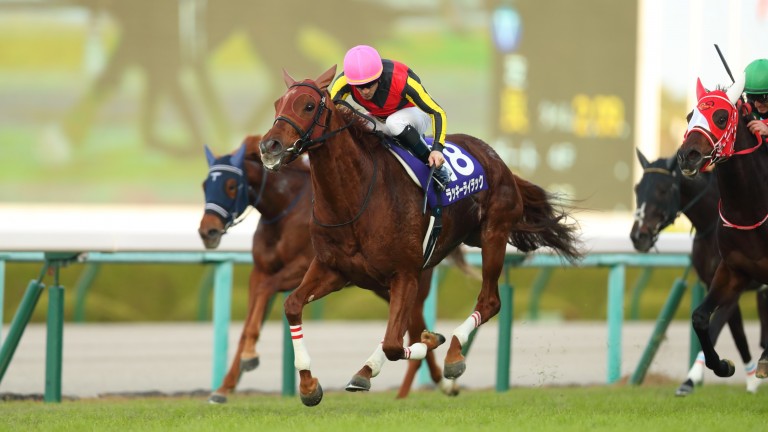 "She is really strong mare and I have hardly trained a horse as good as her," said Matsunaga. "I thought everything was in her favour today except the wide outside stall. She was very calm in the race and saved her energy, and moved up very smoothly when she hit the front.

"I thought she might have taken the lead a little early but the jockey judged it well, although I was worried when the others came at her at the finish. She's in very good condition so I'd like to discuss future plans with the owner."