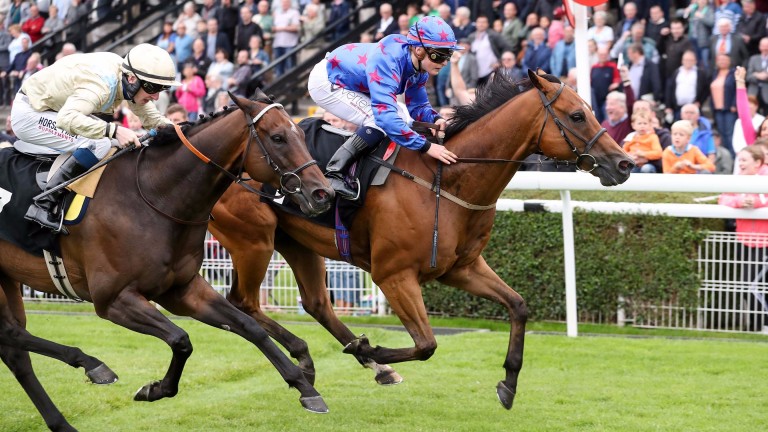 Brave but never by far

When the Rebecca Bastiman-trained Royal Brave struck at Newcastle last November it was off a mark of 70. Nine runs and another four wins later the six-year-old is off 84, with none of his five successes amounting to more than three-quarters of a length.

The trip will be the question for Royal Brave, who has not tackled six furlongs since May last year.

Back on duty in a hurry

The torrential rain on Wednesday has caught out several trainers with runners near the bottom of the handicap, many of whom may not have envisaged getting a run at the start of the week.

Bottomweight Archimedes was still only number 100 on the list for the Stewards' Cup at the five-day declaration stage, while no fewer than six of the 20 runners have been out within the last seven days.

Marsh on the march

Finley Marsh rattled off five straight wins aboard the Richard Hughes-trained Goodwood Crusader, a sequence that was only broken when he was far from disgraced in seventh at Newmarket last time. Running in the colours of the Goodwood Racehorse Owners Group, the three-year-old son of Sir Prancealot will be making his first start at the Sussex venue. 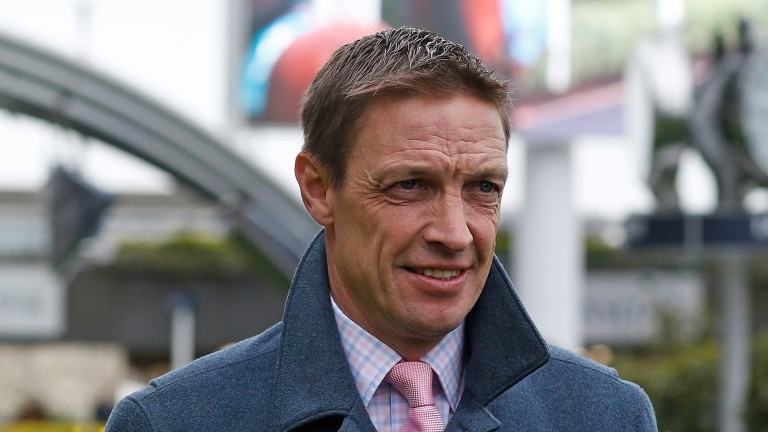 Richard Fahey, trainer of George Bowen, The Wagon Wheel, Gin In The Inn and Six Strings
George Bowen showed three runs ago what he can do on a good day but has not been at that level the last twice. The ground is a little bit of a worry for The Wagon Wheel as she’s never run on it but she couldn’t be in any better form. The ground is a big plus for Gin In The Inn, who we’re running back quickly from Pontefract. Six Strings is an improving horse who did his best ever piece of work this week. If the stands' side draw hasn’t done for him he could run a big race.

Amanda Perrett, trainer of Lightning Charlie
He’s gone up in the handicap a little for his win so he’s wrong in the weights, but he’s in really good form. The owners have been looking forward to running him at Goodwood all year.

Richard Hughes, trainer of Goodwood Crusader
It’s probably the only race for him this week and hopefully he will go on the ground. He has won on good to soft but this is a bit different. The more it dries out the better.

David Griffiths, trainer of Lucky Beggar, LC Saloon and Archimedes
Lucky Beggar was unlucky not to win at Chester having got shuffled back on the bend. He was again unlucky at York and then you can forget Pontefract, he just didn’t fire. He will love the ground and the track as his ideal trip is five and a half so a fast six is next best. I think he has a big shout at a massive price. LC Saloon had a slight injury but we’ve brought him back and he is fit and ready to go. I think he wants top of the ground and it is probably on the easy side for him but like the others, he is well drawn. Archimedes is in really good form although in an ideal world he would want the ground quicker. He runs at Bath on Friday night and providing he comes out of it well then he will take his chance.

Eve Johnson-Houghton, trainer of Goring
He is in great form. I didn’t think we’d get into the consolation race but he loves soft ground and I think he ran well over seven furlongs the other day – it’s hard to say because you couldn’t see a lot! He is very versatile.

John Bridger, trainer of Pettochside
We’re not being greedy but we didn’t think he would get in, which is why he ran the other day.  He ran quite well on Wednesday without getting much luck in running, the six furlongs will probably help him here. Hopefully he hasn’t taken too much out of himself. I think he will run a big race although he has gone up a lot this year so winning might be wishful thinking.

Andrew Balding, trainer of Scorching Heat
He’s been consistent all season and we’ve been looking to get him in a big field with a faster pace. We didn’t think he’d get in here so there’s a little concern about coming back so quickly, but he seems very well at home.

Jim Goldie, trainer of Tommy G
He ran well at Ascot over seven on soft ground last week so you’d have to think conditions would be in his favour. David Egan is an excellent young jockey and I like to give him a ride when I get the chance.

FIRST PUBLISHED 6:00PM, AUG 4 2017
Six Strings is an improving horse who did his best ever piece of work this week. If the stands' side draw hasn’t done for him he could run a big race