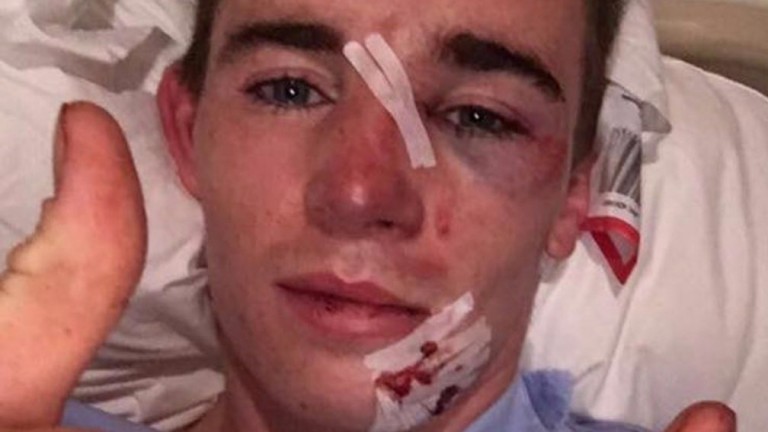 Chris Meehan's luckless run with injury seemingly knows no bounds, with the jockey breaking his leg again – and once more in unusual circumstances.

Meehan gained worldwide notoriety when breaking his leg in a fall in Italy in the summer. Having broken his nose and badly cut his jaw when coming down at Merano, he suffered the more serious injury when an ambulance rushing to his aid ran over his leg – consequently breaking it.

Having recovered and returned to the saddle with the aim of riding on the Flat, Meehan was trying to improve his fitness. But then lightning struck again.

"I was doing fitness work last week and was on a trampoline," said Meehan. "I must have landed funny and it has broken in exactly the same place."

Exactly the same place is at the bottom of the right leg into his ankle, and Meehan is now likely to need an operation to aid his recovery.

"I'm gutted," he continued. "I've not had a lame step in the last six weeks and have been riding out. The doctors said when I broke it that if I did it again quickly then I'd be looking at an operation.

"I'm going into Swindon hospital on Thursday morning and will know more then."

FIRST PUBLISHED 3:30PM, NOV 21 2016
I must have landed funny and it's broken in exactly the same place