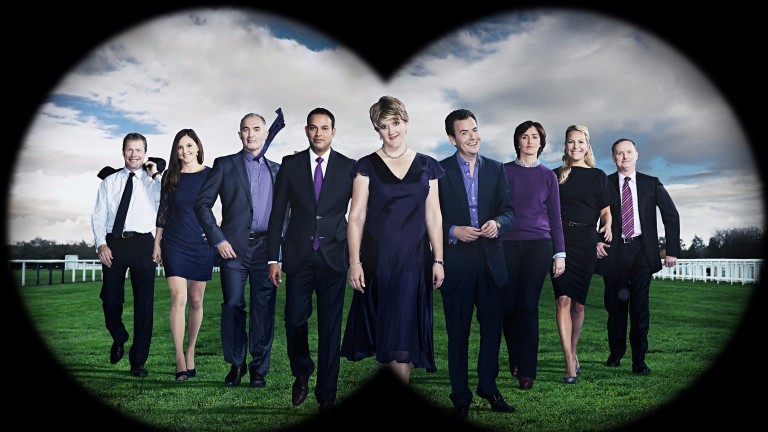 After 32 years the coverage of racing on Channel 4 comes to a close on Tuesday afternoon with Nick Luck set to bring down the curtain for the final time at just after 4pm.

Following Monday's final edition of The Morning Line, the main Channel 4 Racing programme ends with action from Chepstow and Kempton, whose 32Red.com Handicap Chase at 3.30pm will become the final contest shown by what for the last four years has been the sport's exclusive mainstream broadcaster.

On Sunday that role passes to ITV, which gave Channel 4 its midweek racing rights in March 1984 before passing on Saturdays in October 1985.

Joining Luck for the farewell edition will be a Kempton squad including two stalwarts in principal commentator Simon Holt and betting ring reporter Tanya Stevenson. On duty at Chepstow will be Richard Hoiles and Mick Fitzgerald, both of whom are joining ITV, for which New Year's Day output will be fronted by Sky acquisition Ed Chamberlin.

Since Channel 4 took over the BBC's crown jewels in 2013, coverage has been produced by IMG, whose managing director of worldwide sports production, Graham Fry, praised those who have been involved during the company's tenure but also criticised some connected to the previous much longer era when Highflyer was responsible for Channel 4 Racing.

Fry said: "I strongly believe we have provided the strongest coverage of racing hitherto seen in the UK and have a number of prestigious awards to support that claim.

"I also want to thank Channel 4 for everything they have contributed to support the IMG team. They have been a quality broadcaster to work with these past four years. The sport will miss them.

"I would finally like to add I am disappointed senior members of the Highflyer team, for some reason and more than four years on, still seem to harbour bitterness, either to Channel 4, IMG or both, after the production tender back in 2012."

Denise Large, who directed for Highflyer before joining IMG, said: "It has been a pleasure to be part of Channel 4 Racing for 25 years.

“The last four years have been absolutely incredible. It was a thrill to be invited to be part of IMG's team. All of the budget has gone into innovating the sport.

"We were the first broadcaster in any sport to use the French hi-motion Superloupe camera system and the first to bring, straight off the James Bond set, the Cammotion tracking arm that revolutionised the visibility in seeing 40 horses in action over the Grand National fences."

Sophie Veats, producer of The Morning Line, highlighted programmes based at Coolmore, Ballydoyle and Frankel's Juddmonte home in Newmarket, while Steve Lyle, Channel 4's commissioning editor of sport, said: “For 32 years Channel 4 has been a loyal and dedicated partner of racing. That's never been more evident than in this final year.

"Perhaps no other sport has benefited from such comprehensive coverage and support programming.

"During our time racing has had some of the nation's finest sports broadcasters at its service. Racing is entering another era but I believe the pictures, production, innovation, presentation and dedication provided by Channel 4 will be hard to top.

"We certainly leave the sport with our heads held high and able to wish racing the best."

FIRST PUBLISHED 6:00PM, DEC 26 2016
We certainly leave the sport with our heads held high and able to wish racing the best