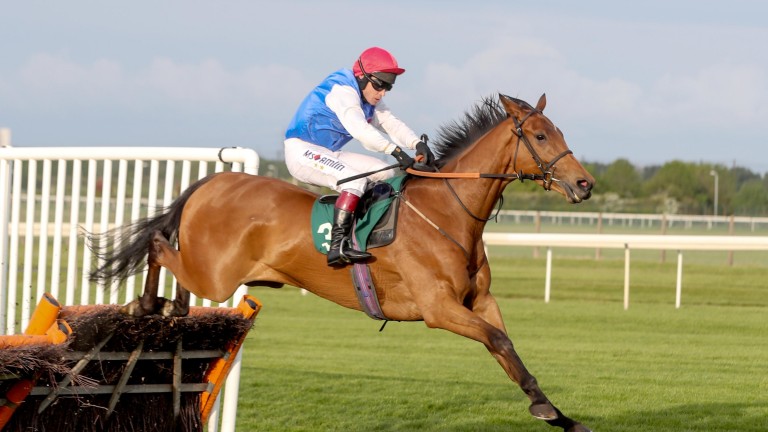 Whatmore: ran a blinder at Ascot and looks a progressive staying chaser
John Grossick
1 of 1
By Richard Birch UPDATED 9:15AM, NOV 28 2020

A stamina test which can often turn into a real slog has a different look to it this year with the likelihood of much livelier underfoot conditions.

Takingrisks, who stayed on strongly through deep mud to land the prize 12 months ago at 20-1, won't necessarily be inconvenienced by good ground as he secured the Scottish Grand National on going of that description in 2019.

However, he is 3lb higher in the weights this time and faces an uphill task in clinching back-to-back runnings.

Definitly Red, hero of the Grade 2 Charlie Hall Chase at Wetherby two years ago, has run a series of solid races in useful company since, but was well below his best on his seasonal reappearance when connections expected a bold run.

Pym, with a record of three wins from six starts over fences, competes off a career-high mark, but could be open to further improvement after his defeat of If The Cap Fits at Sandown.

The two who make most appeal, though, carry considerably less weight than Pym and comprise Whatmore and The Butcher Said. 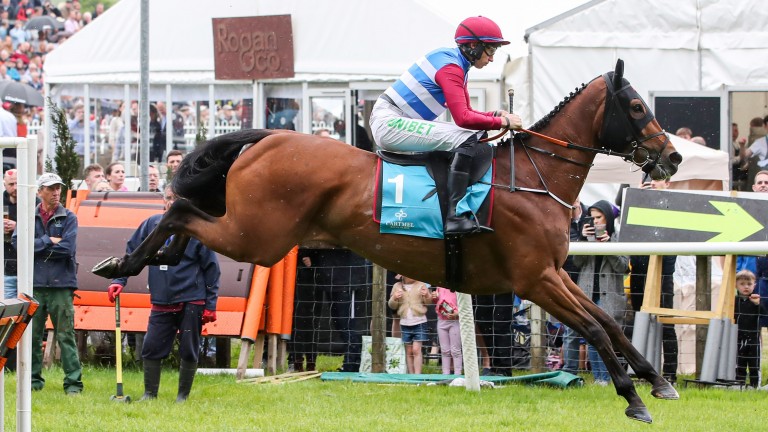 The Butcher Said: Olly Murphy-trained runner could be well treated by the handicapper
John Grossick (racingpost.com/photos)

The Henry Daly-trained Whatmore ran a blinder to finish a length-and-a-quarter second to Regal Encore in Ascot's Sodexo Gold Cup on his reappearance.

He is almost certain to be suited by the return to a left-handed track based on that performance, and a rise of 4lb looks fair when also taking into consideration the fact he finished 13 lengths clear of the third, Militarian.

The Butcher Said is another with significant handicapping scope off his current mark of 139. He had the same rating when switched to fences four runs ago and graduates to handicaps with two novice chase victories to his credit.

Brian Ellison, trainer of Definitly Red
We were disappointed to see him come home last of eight finishers in the Charlie Hall and, although nothing drastic came to light, he did not scope 100 per cent right after the race. Henry [Brooke] said he hated the ground. He has top weight, but it's a drop in class at Newcastle and I'm very happy with him. Fingers crossed we see the best of him on the track again. 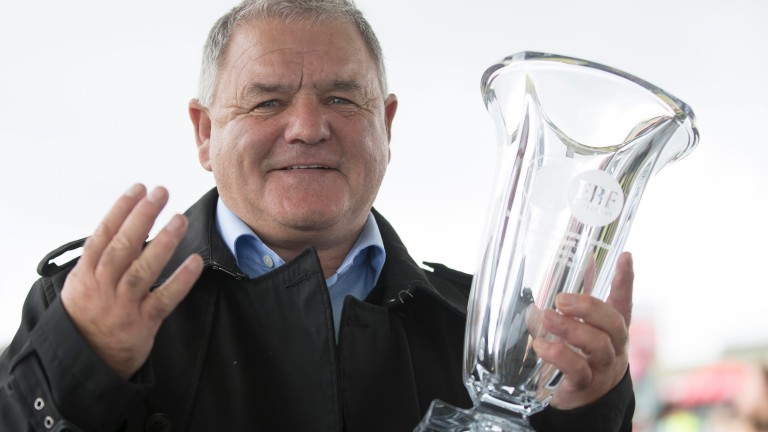 Brian Ellison, trainer of Definitly Red: "Fingers crossed we see the best of him on the track again"
Patrick McCann

Nicky Henderson, trainer of Pym and Brave Eagle
It's a good race for them and they both want three miles and good ground. I've put blinkers on Brave Eagle, which I think will help him a lot, while Pym ran really well at Sandown, which was probably a prep more than anything. He's fit and well and has got his ground.

Nicky Richards, trainer of Takingrisks
He's a grand old horse. We've just touched his wind up a bit. He's one of those old campaigners who you can run on any type of ground. He's in good form.

Henry Daly, trainer of Whatmore
It would be nice for him to go one better than last time. He'll be better suited going left-handed than right. He's not ground dependent and I felt he might get a bit more than the 4lb the handicapper put him up after Ascot.

Neil Mulholland, trainer of Shantou Village
He's really well. He galloped the whole way at Chepstow last time and he's got a nice weight this time. Harry Reed takes off 3lb to bring him back to level weights, he's moving well, feeling well and the ground will definitely suit. Hopefully he can make his presence felt.

FIRST PUBLISHED 6:00PM, NOV 27 2020
He's not ground dependent and I felt he might get a bit more than the 4lb the handicapper put him up after Ascot