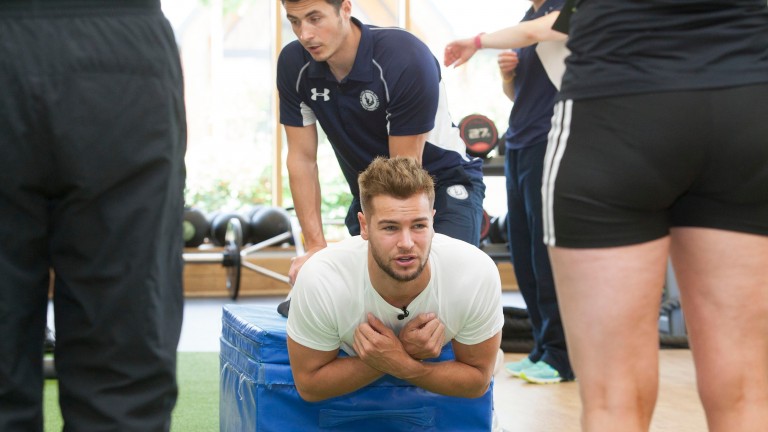 Love Island star Chris Hughes has been declared fit to race-ride following a thorough assessment at Jack Berry House in Malton this week after just five months of preparation.

After getting the thumbs-up from the jockey and fitness coaches, Hughes then joined his fellow competitors and former champion jockey Kevin Darley on a walk around York racecourse to get a feel of his surroundings in preparation for his debut in the saddle on the Knavesmire on Saturday week.

Hughes will line up in the Best Western Hotels & Macmillan Ride of their Lives over 1m2f, which takes place after racing at 5.45pm.

During his assessment, Hughes faced a gruelling challenge including a bleep test, a riding simulator and upper and lower body fitness tests.

"I've been working extremely hard with Jonjo O’Neill and Dominic Elsworth to prepare for this and can’t thank them enough.

"The experience has been fantastic but there’s still a way to go. I’m really looking forward to competing on June 16 and raising some money for Macmillan Cancer.”

Hughes is taking part in charity race the ‘Ride of their Lives’ to raise vital money for Macmillan Cancer Support: https://www.justgiving.com/fundraising/chrishughes-loveracing