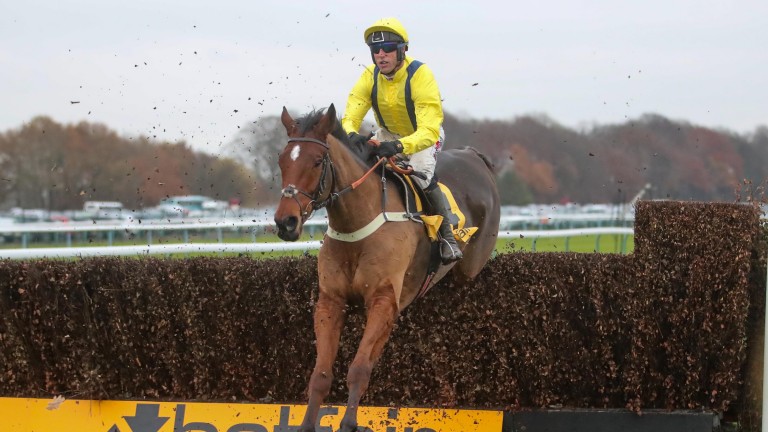 Lostintranslation may undergo wind surgery after Colin Tizzard revealed a palate issue could be the reason behind his disappointing performance in the Ladbrokes King George VI Chase.

The seven-year-old, who came to Kempton following an impressive Betfair Chase win, was sent off at 15-8 but was pulled up by Robbie Power approaching the third from home as Clan Des Obeaux recorded back-to-back wins in the Christmas highlight.

Lostintranslation drifted from 4-1 favourite for this season's Magners-sponsored Gold Cup to 8-1 following his defeat, but Tizzard is optimistic he can bounce back.

He said: "He seems fine but on that ground, and with that type of rain, we think it [the problem] may have been his wind. You find it out on that type of ground so it's something we'll definitely explore this week. He made a little noise, it was his palate. The palate was flapping so we'll need to sort that next week.

He added: "Of course the Gold Cup is still the plan. We'll have to have a rethink, but these horses aren't machines so we'll see. We'll look to have a prep run before we go to Cheltenham."

Robbie Power has ridden the chaser on 13 of his 15 career starts and believes Lostintranslation failed to show his usual sparkle. 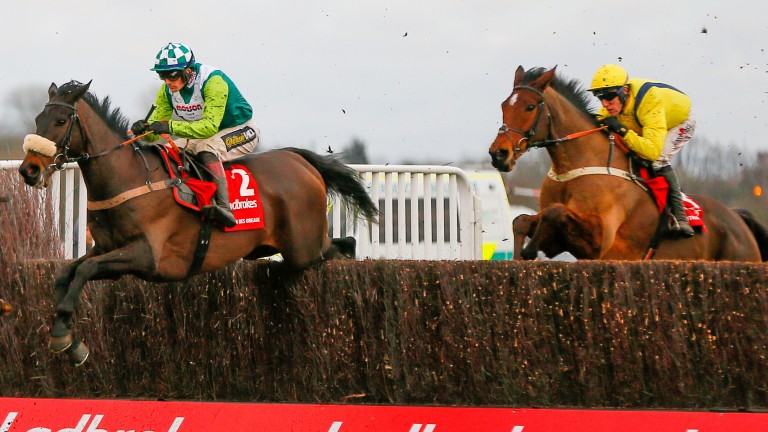 In his two previous Grade 1 wins, at Aintree and Haydock, Lostintranslation travelled noticeably strongly but the warning signs were evident before the race at Kempton began to unfold.

"He just felt very flat," said Power. "The ground wasn't ideal for him, but I was beaten too soon so I don't think we can blame that. He was even struggling with his jumping.

"I could have pulled up with a circuit to go, if it was a normal race I probably would've done. Things felt a bit different today, so pulling him up was the right thing to do."

Thistlecrack was also set to represent the Dorset trainer in the King George, but he was announced a non-runner on Boxing Day morning with a bruised foot.

FIRST PUBLISHED 5:01PM, DEC 26 2019
He made a little noise, it was his palate. The palate was flapping so we'll need to sort that next week