Los Cerritos thrives in the snow but falls foul of stewards 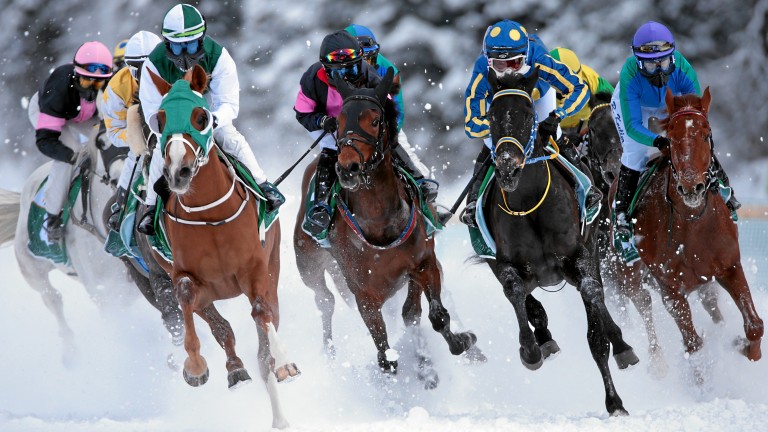 Oliver Greenall says the unique conditions at St Moritz have sparked an improvement in Los Cerritos, who finished a demoted third in Sunday's Grosser Preis Longines in the snow.

The five-year-old was beaten three-quarters of a length by Soundtrack in the 1m1f contest, with Fabrino four and a quarter lengths back in third. However, connections of Fabrino made an objection to the stewards, who subsequently placed Los Cerritos third and promoted Fabrino to the runner-up slot.

"He crossed the third horse's path down the back straight and they made an objection," reported Greenall. "It's a great run - on paper he had no chance and he's been disappointing us in England.

"Since he's been out there he's been a different horse. He loves the snow and it's just lit him up, he's run an absolute cracker. The jockey [Alexander Pietsch] said he probably got there a bit early and that if he had held onto him a little bit he probably would have won."

The John Best-trained Eddystone Rock was fourth in the same race, while the trainer saddled Gung Ho Jack to finish sixth in the 6½f Grosser Preis Wroclawski Tor Wyscigow Konnych and Berrahri to be fifth in the 1m Preis White Turf Jockey Club St Moritz.