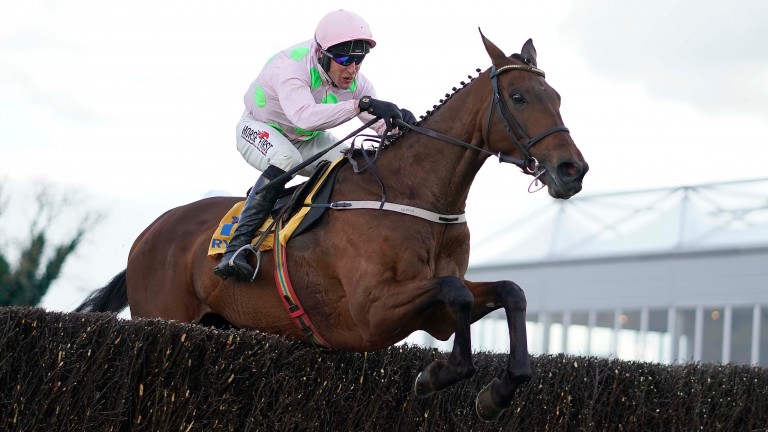 There was outrage on Friday night when Altior was taken out of the Tingle Creek, so it has been left to Chacun Pour Soi to provide the biggest Champion Chase clue this weekend. He might have done so anyway.

The exciting eight-year-old is already ante-post favourite for the Champion Chase, no bigger than 4-1 and as short as 7-2 with Paddy Power, and this looks an ideal starting point for his season.

An official rating of 172 means he is head and shoulders above his Hilly Way opponents. Stablemate Cash Back and Grand Annual winner Chosen Mate are closest to him on the figures, but they have 16lb to find and are in receipt of only 8lb.

That means Chacun Pour Soi will have to perform well below his best to be beaten.

Why does Keith Melrose like the look of the home challenge in Borders National?

That happened on his return to action last year when outstayed by A Plus Tard at Leopardstown's Christmas meeting, but he still posted an RPR of 167 in defeat so a repeat of that would be more than good enough here.

His awesome Irish debut in a Naas beginners' chase was on the back of a 1,089-day absence, while he beat Defi Du Seuil at Punchestown after a 53-day break.

He seems to go well fresh, handles soft ground and is reported to be in rude health so there appear to be very few chinks in Chacun Pour Soi's armour.

Cash Back will ensure this is a true test. He seems to have only one way of going so expect Danny Mullins to send him straight to the front and let him roll.

He was a classy novice last term but came down at the first on his return to action at Naas, so will need to get his jumping in order to trouble his stablemate. 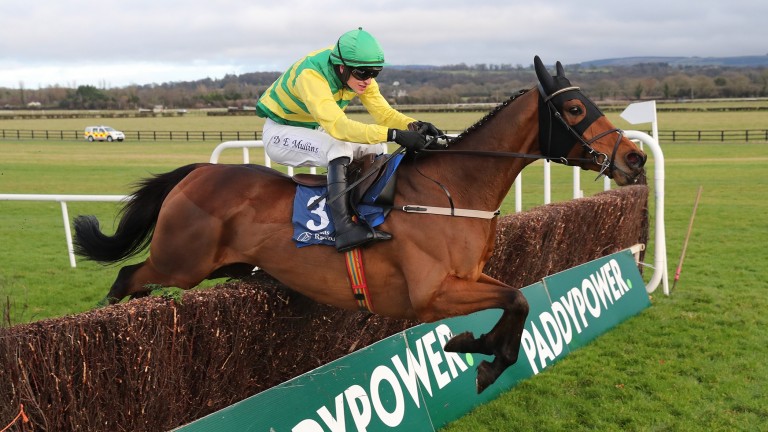 Cash Back: fell at the first in a Grade 2 at Naas last month
Caroline Norris (racingpost.com/photos)

Chosen Mate won a beginners' chase on soft to heavy ground at Gowran Park in January so should cope with conditions, but there is a suspicion he might be better in the spring.

This should be Chacun Pour Soi's race for the taking and an accomplished display is likely to see his price shorten for the Champion Chase despite the fact he is entitled to win comfortably on all known form.

Townend 'keen' to stay on Chacun

There is a glorious Grade 1 over at Punchestown, the most competitive John Durkan Chase for many a year with Min is trying to win it for the third year in a row, yet Paul Townend is at Cork. That tells you all you need to know about Chacun Pour Soi.

We still have no idea how good Chacun Pour Soi is as we were deprived of finding out in the Champion Chase last March when an abscess was found on his foot on the morning of the race, but trainer Willie Mullins said: "Chacun Pour Soi is one of the best horses we've got running this weekend so Paul was keen to stay with him.

"There looks to be a lot of front-runners in here so it’s going to be a tough two miles, but we know he goes well fresh and he’s in good form at home."

Everything about Chacun Pour Soi screams 'superstar' and the manner in which he disposed of Min in the Dublin Chase at Leopardstown in February enhanced his reputation further.

The Champion Chase is the one glaring omission from the CV of Mullins now that Al Boum Photo has broken his Gold Cup hoodoo, but he is convinced Chacun Pour Soi is his best chance of a first victory.

Mullins is also represented by the tearaway Cash Back, about whom he said: "Hopefully he'll pay more attention after his fall at Naas. He’s schooled well at home since. Actually, he schooled well before Naas, but he wants to get on with things and we won’t be trying to curb that."

John Queally, trainer of Djingle
It's a very hot race and we'll be doing well to pick up a bit of prize-money. The sun caught his eye at the third-last at Naas and that knocked the stuffing out of him. He's been in great form at home since and the track will really play to his strengths.

Gordon Elliott, trainer of Chosen Mate
He was obviously very good in the Grand Annual and he's a very good horse when he puts it all together. He wasn't beaten all that far in a hot hurdle race at Tipperary and seems to be in good form.

Joseph O'Brien, trainer of Darasso
He's in good shape and I thought he ran well at Thurles last time. He should enjoy the heavy ground, but it looks a very hot race.