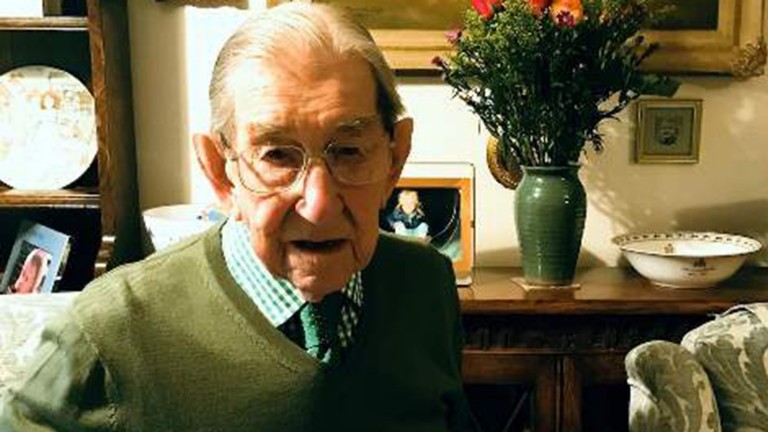 Former jockey Bob Butchers, who then successfully turned his hand to tipping for the Daily Mirror from 1946 to 1985, has died aged 94.

His son Guy Butchers, owner and managing director of Up-To-Date Information Services, which supplies tailored horseracing results, racecards, statistics and editorial content, said: "Dad was a jockey, although his career was curtailed by the war, and then for 39 years he was Newsboy – the original one, and named after a top chaser of the day – on the Daily Mirror.

"Our family won the 1961 Cheltenham Gold Cup with Saffron Tartan, trained by Don Butchers, my dad's uncle and then stepfather! Dad rode work on that horse, and Carrickbeg, who was beaten half a length by Ayala in the 1963 Grand National when ridden by John Lawrence, who became Lord Oaksey."

The funeral will take place on Thursday, April 25 at 12.15pm at Aldershot Crematorium, and afterwards at Odiham & Greywell Cricket Club. Please notify Guy Butchers if planning to attend, at guy.utd1@yahoo.com.

Tom Ryan off to Saudi Arabia after 13 years at Naas

Naas racecourse manager Tom Ryan will vacate his position in the coming months to take up the role as director of strategy and international racing at the Equestrian Club of Riyadh in Saudi Arabia.

Ryan said of the move: “It has been an absolute pleasure to serve Naas racecourse over the past 13 years or so. I want to acknowledge the very valued support from all industry participants, raceday contributors and racegoers.

"Naas racecourse will remain very close to my heart and I look forward to seeing its fortunes improve in the usual consistent way.”

Naas chairman Dermot Cantillon added: “On behalf of Naas racecourse I want to congratulate Tom on his new appointment. The many improvements on the track and the enhancement of the racing programme are a testimony to his hard work and dedication.

"The Naas board will now seek to recruit a new manager to continue with our vision for the racecourse as a top international dual purpose track.”

FIRST PUBLISHED 12:56PM, APR 6 2019
Dad was a jockey, although his career was curtailed by the war, and then for 39 years he was Newsboy on the Daily Mirror