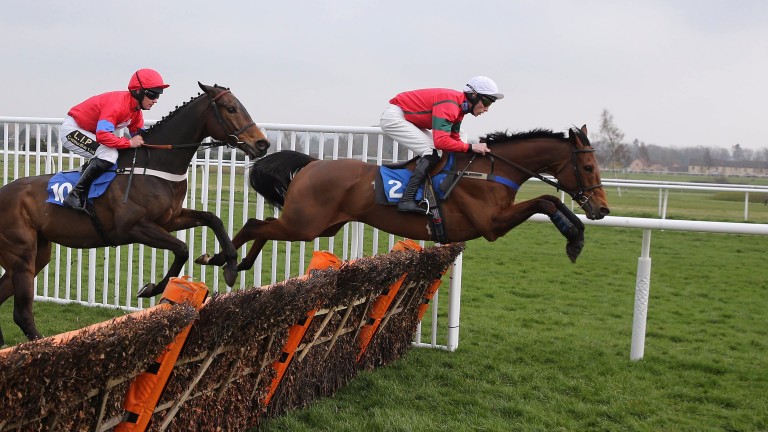 Sharp Rise, the horse who took connections on an American adventure last month, when finishing third in the Grand National at Far Hills, New Jersey, has died due to complications following a course of antibiotics.

Robert Aplin's nine-year-old was still in the US as he was being prepared for the Colonial Cup in South Carolina a week on Saturday.

Sharp Rise, who was the subject of a Racing Post daily diary in the lead up to his appearance at Far Hills, joined Charlie Longsdon after being bought at Doncaster sales in the spring and won four times for the trainer before heading to the US.

Unfortunately, Sharp Rise developed an infection and the antibiotics he received triggered an acute form of colitis, with colic like symptoms. He went to the vet on Tuesday but could not be saved.

Longdon said. "It's very sad for connections and he was a horse the racing public really took too. In the long term, his time and exposure in the US will help boost UK runners going over there. Racing over there is a magical experience which I'd recommend to anyone.

"Although we had him only a short while, he was a terrific horse for us, winning almost £80,000 in prize-money. It was very hard not to be fond of him as he was so tough and hardy.

"I owe him a huge amount and doubt I'll have as hardy a horse again. He's left a huge hole in the yard."

FIRST PUBLISHED 3:34PM, NOV 9 2016
It's very sad for connections and he was a horse the racing public really took too