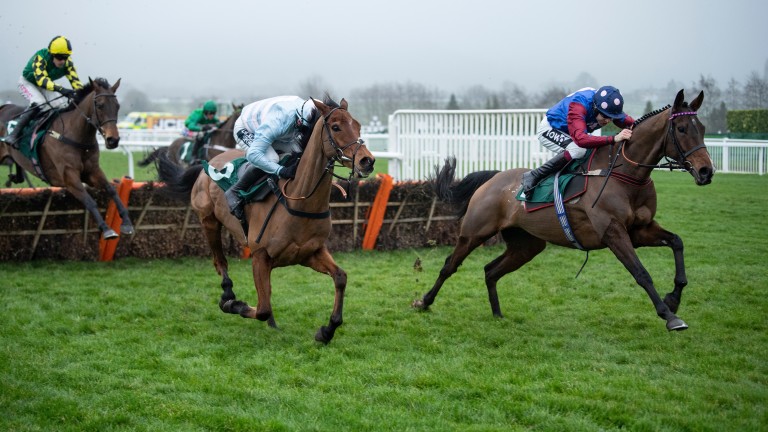 Paisley Park takes the first step on the road connections hope will lead to him reclaiming his Stayers' Hurdle crown in a race that brings together an intriguing combination of proven talent and promising graduates from the novice ranks.

The winner of this race 12 months ago, the 2019 Stayers' Hurdle hero slumped to a lifeless seventh behind Lisnagar Oscar when attempting a follow up in March and was subsequently treated for a heart irregularity.

While the road back to full fitness has not been as long as with other high-profile cases such as Denman and Sprinter Sacre, trainer Emma Lavelle is well aware that the racecourse is where she and jockey Aidan Coleman will find out if Paisley Park is back to his old self.

"We're really happy with him," said Lavelle. "He's had a great preparation with no issues apparent as far as the heart is concerned, so we have to be very positive on that.

"But clearly the proof is going to be when we go to the races. There's a degree of excitement and trepidation in equal measures. I can’t wait to get him there and see what happens."

Lavelle took Paisley Park to Newbury for this month's Ladbrokes Winter Festival public gallops and was delighted with how the eight-year-old reacted to the occasion.

She said: "Mentally he loved it. He came back so fresh and in fact Aidan came in and schooled him the next day and he was loving life.

"Physically there’s no doubt you do get more work into these horses, adrenaline-wise, when travelling. He had a proper leg stretch and then quickened up a little up the home straight.

"We got his heart beating and got him that little bit more excited. He certainly had no issues following that and it definitely brought him forward, and hopefully it will have done so enough."

Lisnagar Oscar was largely ignored in the market when a shock 50-1 winner of the Stayers' Hurdle at Cheltenham in March and is just fifth-best in the betting here, but trainer Rebecca Curtis is expecting a big step forward from his reappearance at Wetherby, where he finished fourth behind Roksana.

"I thought he ran really well at Wetherby," said Curtis. "He always takes a run at the beginning of the season and Adam [Wedge, jockey] felt the ground was quite gluey, which wouldn't have been ideal. He was also giving a bit of weight to everything else, but seems to have come on from that and is in great form." 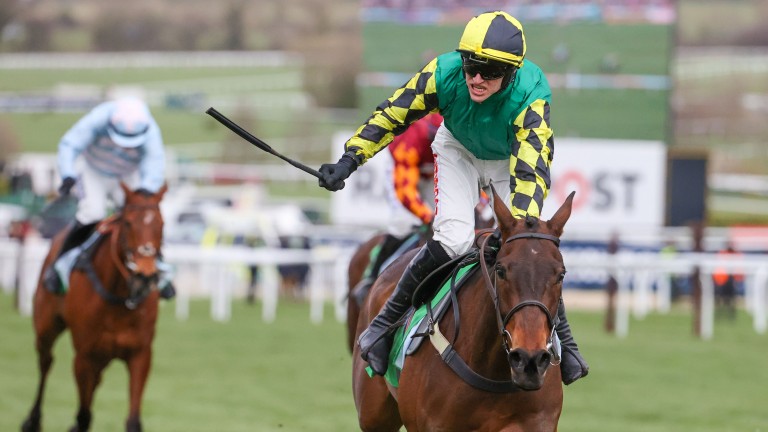 For those that were prepared to look, Lisnagar Oscar had run well in defeat behind Paisley Park and Summerville Boy on trials day at Cheltenham in January, and Curtis is aware that he is yet to run up to that level of form away from Prestbury Park.

She said: "Newbury's long straight should suit – you need to stay around there. He obviously loves Cheltenham, and he's always run great there. Our main aim is to get him back to the Stayers' Hurdle in great form, but at the same time we couldn't have him any better."

Seven of the last ten winners of the Long Distance Hurdle scored without the benefit of a previous run that season.

Tom George, trainer of Summerville Boy
It's as good a stayers' race as you'll find and our fellow was great when winning on his return at Aintree. He's grown up a lot since last year when he ran a bit free and didn't get home in the Stayers' Hurdle at Cheltenham. If he settles I expect him to run a big race.

Paul Nicholls, trainer of McFabulous
He couldn't look any better when he won at Chepstow and now it's a question of whether he can step up to this level. It's a big test and we'll know a lot more about him after this. We couldn't be happier with his prep and the ground will be fine. He's never been further than two [miles] five [furlongs] but you'd hardly think looking at his runs at Kempton and Chepstow that he wouldn't stay this trip. 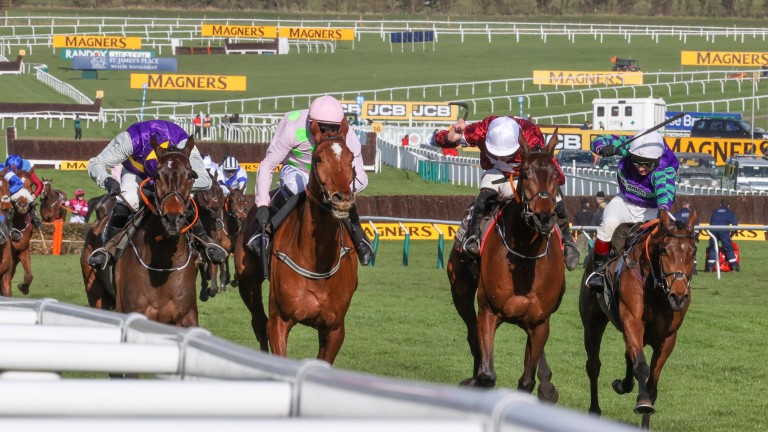 Philip Hobbs, trainer of Thyme Hill
Apart from Paisley Park the stayers' division doesn't look very strong this season and that's why we're keeping him over hurdles. He had a great campaign last year and although he was unlucky in the Albert Bartlett, we were happy because he ran very well. He's ready to start back and the plan would be to go to the Long Walk after this.

Jedd O'Keeffe, trainer of Sam Spinner
He's come out of his last race absolutely fine physically, we never found anything wrong. He needs to get back racing and get his confidence up, hence he's going back over hurdles. It's going to be incredibly tough so we're not expecting him to win, but I'd just love to see him race and enjoy himself, jump confidently and finish. Then we might have somewhere to go, whether it be staying over hurdles or going back over fences.

Joe Tizzard, assistant and son to Colin, trainer of  Vision Des Flos
He was quite competitive in these types of races 18 months ago – although they weren't as hot as this. He's not a complete natural over fences so we thought we'd switch back. He's got bits of form over hurdles which would give him a small chance, and he has the added advantage of having a couple of runs under his belt too.

FIRST PUBLISHED 6:00PM, NOV 26 2020
There's a degree of excitement and trepidation in equal measures. I can’t wait to get him there and see what happens

Our top tipster fancies an upset in decent Newbury contest The Placepot: two bankers to help you pinch a part of the Newbury pot Chacun Pour Soi crowned best chaser in Britain and Ireland with mark of 176