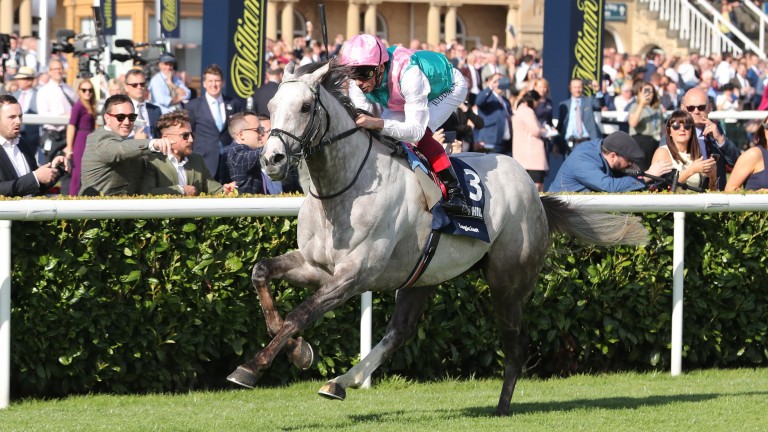 Logician: due to appear at the Henry Cecil Open Weekend
John Grossick (racingpost.com/photos)
1 of 1
By David Milnes 1:50PM, SEP 16 2019

Scintillating St Leger winner Logician has been added to the roster of gallopers at the Henry Cecil Open Weekend in Newmarket on Sunday.

The unbeaten Classic winner will join a number of his John Gosden-trained stablemates, including ten-time Group 1 winner Enable and champion stayer Stradivarius, on Warren Hill just after 8am.

Gosden said: "All being well, the plan is to canter a handful of horses on Warren Hill on Sunday including Enable, Logician and Stradivarius. It's an event we like to support and hopefully plenty of people will want to come and spend the rest of the day in Newmarket." 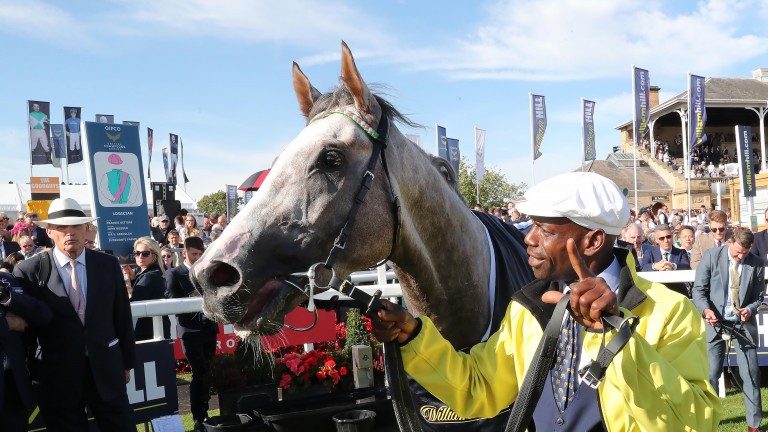 Also on Warren Hill will be the first running of the Trainers' Hacks Race, sponsored by Blandford Bloodstock, in which Open Weekend chairman Charlie Fellowes is to take part

Later in the day, a total of 21 yards plus a host of equine-related sites around the town will be open to visitors. Sunday's entertainment runs in tandem with racing returning to the Rowley Mile on the Saturday.

Welcoming visitors for the first time during the Open Weekend will be Sir Mark Prescott, who joins regulars such as Roger Varian, Ed Dunlop, Hugo Palmer, Marco Botti and James Fanshawe.

Across town on the Hamilton Road, Amy Murphy, David Lanigan, Stuart Williams and David Simcock are among the trainers opening their yards, along with Godolphin Lifetime Care, where Dubai World Cup winners Prince Bishop and African Story will be on show.

Michael Bell, who is taking precautions as some of his team have scoped dirty in recent days, will not be opening his yard.

He said: "We've had a couple scope dirty of late and, due to the possibility of cross contamination, it's prudent not to open this year."

Other sites to open over the two-day event are Palace House, The National Stud, Peter O'Sullevan House, Newmarket Equine Hospital, Jockey Club Rooms and Sheikh Fahad's Longholes site at Cheveley, which can be accessed via a free bus tour.

For further information and advanced tickets priced at £15 go to www.henrycecilopenweekend.co.uk. Under 12s are free.

FIRST PUBLISHED 1:31PM, SEP 16 2019
All being well, the plan is to canter a handful of horses on Warren Hill on Sunday including Enable, Logician and Stradivarius.

Confirmed runners and riders for the Gold Cup at Royal Ascot Tom Collins' expert race-by-race guide to day three of the royal meeting Is this Aidan O'Brien's greatest Ascot masterstroke or a total shot to nothing? 'Very vociferous' Stradivarius ready to rumble - but Gosden fears Subjectivist 'Surely 5-2 is a joke?' - the claims of six Royal Ascot favourites assessed Serpentine supplemented for Gold Cup clash with Stradivarius next week