Lizzie Kelly on the prospect of making more racing history 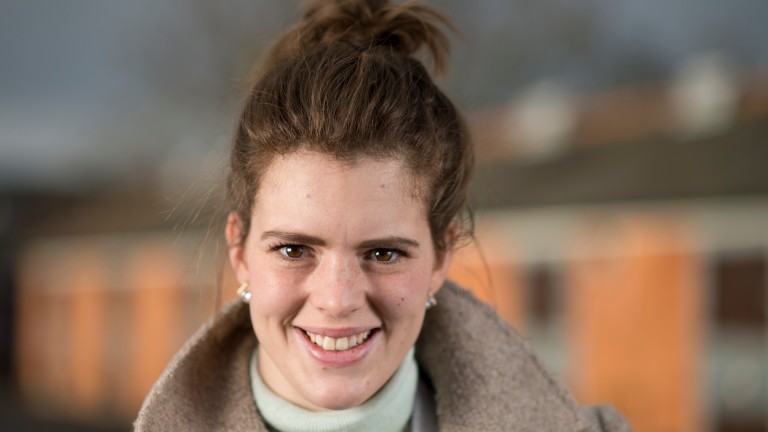 It was quite a hard decision whether we go to Kempton or Cheltenham with Tea For Two, but the decision has been made so fingers crossed all goes well.

I'm surprised he's as big a price as he is, but it’s the Gold Cup I suppose. It doesn’t really matter to me what price he is as I’m not interested in that. We’re just going there hoping he has a chance.

This, more than any other 'girl' reference I’ve had in the past, is quite a big thing. I can see why people are going to be asking me about it, and it is quite big. It’s the best race in the calendar and I’ll be riding in it. That’s something I will definitely be proud of.

It’s very exciting. It’s not the yard’s first Gold Cup runner, but it is Mum’s first, so there’s that element to it. In a funny sort of way, when I began race-riding it was always very exciting when I wasn’t wearing Mum’s colours. Now it’s the other way round, so to be riding in the Gold Cup in Mum’s colours is hugely significant. It should be a very good day and hopefully we all get there and can enjoy it.

I’m working for the BBC again for the week, as I have for the last few years. I’ve done a bit of training recently, tuning everything up so we’ll fly along. It makes the week go really quickly because you’re so busy through the day, and then when I’m racing as well I always get ready an hour before.

It makes it a busy week and I’ll be riding out again in the mornings for Willie Mullins. It’s great to be involved with such a massive team, even on such a small level. I think he's grateful for any help he can get, and the more people there are riding out the fewer he has to bring over.

It’s a really good week and I’m looking forward to it.

FIRST PUBLISHED 7:00PM, FEB 23 2017
It’s the best race in the calendar and I’ll be riding in it. That’s something I will definitely be proud of