Cheltenham News WHAT A SHOUT

Lizzie Kelly: Honeysuckle should go down the Champion Hurdle route 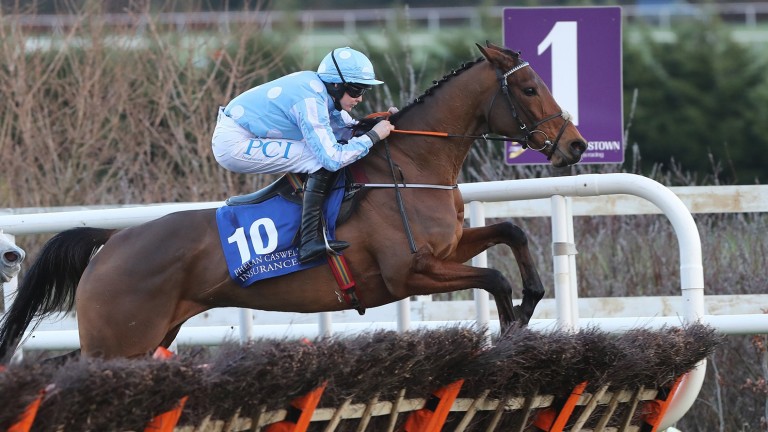 Lizzie Kelly was so impressed by Honeysuckle when she rode against her in the Irish Champion Hurdle she has not only said she would target the Cheltenham Festival equivalent but compared the mare to a legendary two-time winner of the race.

Connections have intimated they are leaning towards the Close Brothers Mares' Hurdle with the unbeaten six-year-old, but Kelly, who was making a guest appearance on the Racing Post's new preview show What A Shout, would stick to the minimum trip.

What A Shout is a show known for big calls and it is a bold comparison with one of Ireland's greatest hurdlers. Hurricane Fly amassed 22 Grade 1 wins – including two Champion Hurdle successes – in a stellar career.

Honeysuckle is currently a best-priced 8-1 for the Unibet-sponsored day one feature, although she is no bigger than 5-1 with those firms offering the non-runner, no bet guarantee.

FIRST PUBLISHED 2:30PM, FEB 21 2020
I think she is the horse who is missing in the Champion Hurdle category. She is what Hurricane Fly was