Drama bids to steal the show for O'Neill 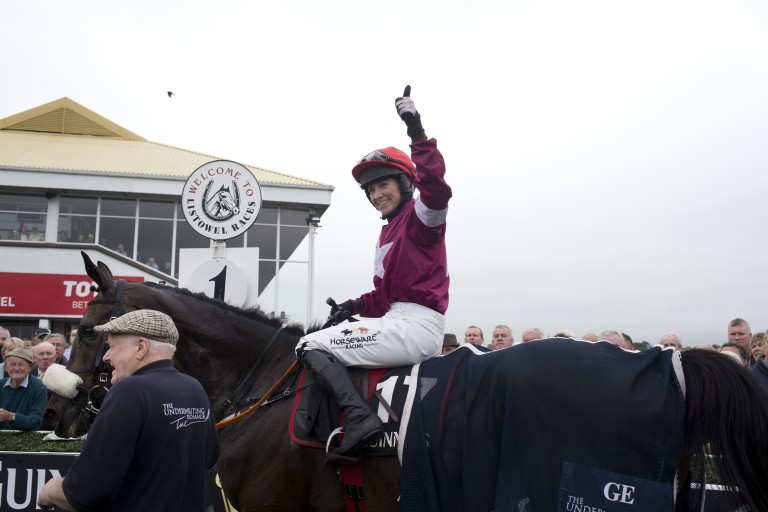 A first for Irish racing when staged a year ago, this handicap chase for lady riders has attracted a field of 13 which includes Capture The Drama, one of only two horses in training with Aengus King in County Clare and who is the most recent winner in the line-up having scored at Galway 16 days ago.

Lisa O'Neill, who enjoyed her biggest success when landing the Guinness Kerry National on Wrath Of Titans at Listowel in September, partners the eight-year-old who was raised 7lb for his Galway win.

King said yesterday: "Capture The Drama worked on Monday and he seems to be in the same sort of form that he was in before he went to Galway. He seems to be an improving horse and hopefully he'll show that tomorrow."

Paul Stafford, who sent out 25-1 shot Moonlone Lane to win the event 12 months ago, is represented by Gibbstown whose five chase wins have been achieved on trips to Britain where she has scored three times at Hexham and twice at Ayr.

"She's done most of her racing for us in Britain and while she's in good form, the trip is short of her best. Her owner was keen to support the race and Jodie Hughes, who has plenty of experience, is coming over from England to ride," Stafford said.

Rachael Blackmore, the joint-leading claiming rider in Ireland this season with 16 wins, rides Smadynium who will be having his first run for Shark Hanlon having won five times over hurdles in Britain.

"I've only had him a short time. He's done a couple of pieces of work and I'm happy with him," said Hanlon. "He jumps well and while he hasn't won over fences, we're hoping he'll put that right, if not tomorrow, then not before long."

Another seeking a first win over fences is the Denis Hogan-trained Misdflight who has placed on his last two attempts.

"He's been knocking on the door and with Maxine (O'Sullivan) claiming 7lb it puts him in with a chance. He's inclined to jump to the left and, hopefully, that won't be a problem. The long straight at Fairyhouse should help him," Hogan said.

FIRST PUBLISHED 6:00PM, NOV 15 2016
He seems to be an improving horse and hopefully he'll show that tomorrow