Lingfield rather than Cheltenham target for Intense Tango 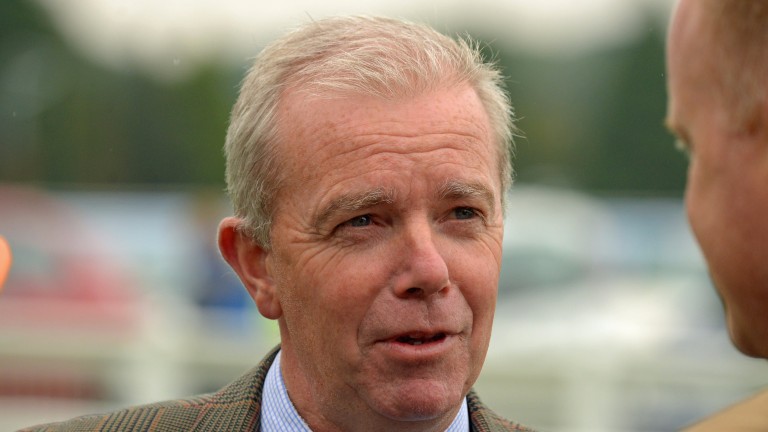 There will not be many runners at Doncaster on Saturday with All-Weather Finals Day on their agenda, but while others will be hoping victory on Town Moor is a stepping stone to the Cheltenham Festival, Karl Burke has one eye on Good Friday at Lingfield for Intense Tango.

She takes her chance in Grade 2 OLBG.com Doncaster Mares’ Hurdle for a third consecutive year – and this time with Vroum Vroum Mag lying in wait.

Although disappointing in the race last year, she impressed when winning the same contest in 2015 and Burke is hoping a wind operation, that helped her succeed in two competitive handicaps on the Flat last summer, has a similar impact as she switches to hurdles for the first time in 12 months.

“She was beaten a long way last year but she started making a noise and had a small wind operation after that race,” said Burke. “It was just catching her out and the op has certainly helped her. She had a great summer on the Flat on the back of that and this will be her first run back over hurdles since. Hopefully she can carry it on.”

Willie Mullins on Wednesday confirmed Cheltenham Festival winner Vroum Vroum Mag was on target for the race yesterday, but her presence is not concerning Burke.

Burke added on Wednesday: “It looks a very hot race, if they all stand their ground, at the moment but she schooled well this morning, the owner is keen she takes her chance and I’m happy. She goes whatever the opposition and we’ll give it a shot. Brian Hughes, who gets on well with her, is is keen to ride again.”

Intense Tango returned from a three-month absence on the all-weather at Wolverhampton ten days ago and Burke expects her to strip fitter for the run. He said: “She needed that badly but we had to get a pipe-opener into her for this and it counts as one of her three qualifying runs for Good Friday, which we may pursue.

“It’s been a little bit of a rush to get her ready but she’s come out of Wolverhampton very well and hopefully shows herself to good effect.”

FIRST PUBLISHED 3:47PM, JAN 25 2017
It looks a very hot race, if they all stand their ground, at the moment but she schooled well this morning, the owner is keen she takes her chance and I’m happy