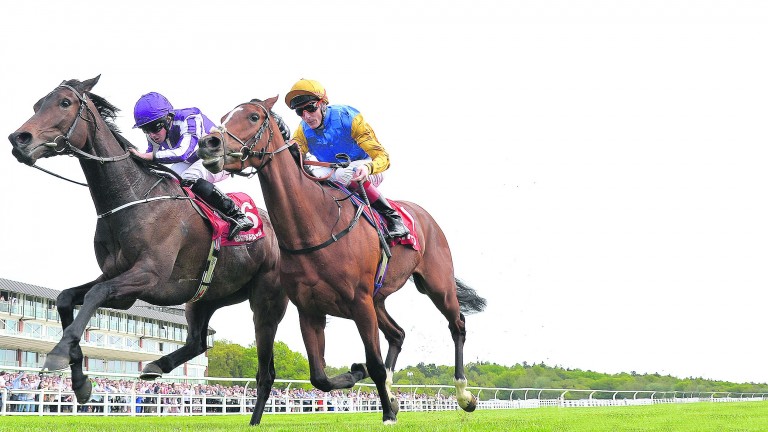 Lingfield on Derby Trial day, unlike Epsom on Derby day, does not play host to double-decker buses on the infield, a fortune teller who once purportedly advised Princess Diana and The Drifters (not at the same time) or banners promoting Poundland.

Like Epsom, it does have a steep hill. For Classic hopefuls, that may or may not be a good thing.

Long before the all-weather revolution, Lingfield had only lush green grass, on which contenders for the Derby and Oaks sought to secure an Epsom ticket. The racecourse's priorities have changed since then, but the demands of Lingfield's turf course have not, which means the venue's famous trials are always well worth watching.

To become an Epsom Classic winner, a colt or filly must cope with a punishing ascent that is followed by the long, sweeping downhill freefall to Tattenham Corner. Horses competing on Lingfield's round course must also negotiate a severe climb that is followed by a sharp descent to a bend that tends to throw inexperienced colts and fillies out into the centre of the track even more than is the case at Epsom.

Sir Henry Cecil loved Lingfield. He was a multiple winner of both trials with three of his winners – Slip Anchor, Lady Carla and Ramruma – going on to conquer Epsom. However, Ramruma in 1999 was the last filly to take out the Lingfield Oaks Trial and then the Oaks, while not since the Luca Cumani-trained High-Rise has the Derby Trial-Derby double been completed.

"Over the last 40 years I've had to regularly read people saying going around Lingfield will help horses being aimed at Epsom – that's rubbish," says Carson.

"If you're going to try to win the Derby, my advice would be not to run at Lingfield. Running there definitely lessened my chance of winning the Derby on Jalmood in 1982. It certainly prevented him from running the race he should have run." 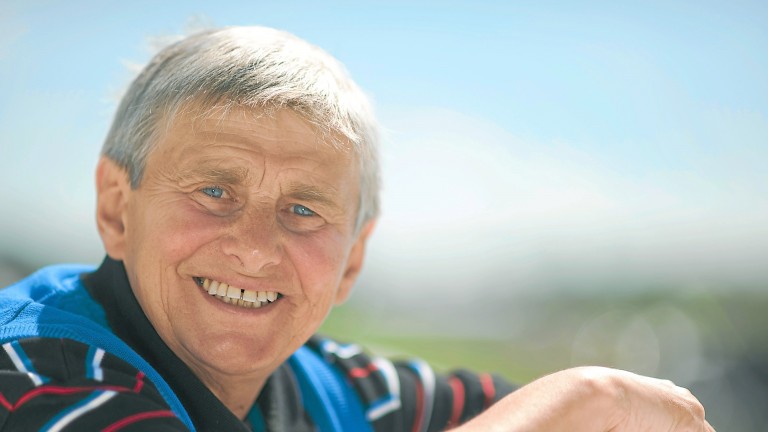 Willie Carson is no fan of the Lingfield Classic trials
Edward Whitaker
Shining a light on why that might be the case, Carson explains: "A lot of horses will only ever want to run down a hill once, especially when the ground is on the firm side. If you ask that horse to do it for a second time he'll tell you to get stuffed. The only time you want to gallop a colt down a hill is Derby day.

"A lot of it is down to conformation. Some horses could gallop down the side of building and feel okay the next day. In that sense each individual horse is different. Even so, if I was a trainer I certainly wouldn't think about going to Lingfield if I was trying to win the Derby."

Ralph Beckett has regularly gone to Lingfield when trying to win the Oaks. He treads the same path with Camerone, who will be encountering her second big hill having already scored at Brighton.

In total, Beckett has plundered the Oaks Trial – whose most recent winner, Ballydoyle's Seventh Heaven, went on to claim the Irish and Yorkshire Oaks – on three occasions. More importantly, he saddled subsequent Oaks heroine Look Here to finish second at Lingfield nine years ago.

"The race has been good to me," says Beckett. "It definitely enables you to have a view on their ability to handle Epsom. It also tends to come at the right time. The Musidora falls quite close to the Oaks this year, plus to get to York we also need to travel overnight, which takes more out of a horse.

"Look Here definitely learned her job at Lingfield. However, I thought Ceilidh House would handle Epsom. I was proved disastrously wrong."At Epsom in 2010, Ceilidh House, sent off at 16-1 for the Oaks after finishing third in the nearest imitation trial, looked distinctly unhappy racing down the hill. She provides meat to Carson's theory.

There are, however, numerous horses who have freewheeled down both Surrey hills with aplomb. Perhaps the best of them was Slip Anchor, after whose ten-length Lingfield success Steve Cauthen told a member of Cecil's team: "This will win the Derby. He'll gallop them into the ground."

Slip Anchor did exactly that.

It's unlikely any of the latest Lingfield trial runners will do an impression of Slip Anchor. They will, however, return home with a good idea of what might await them at Epsom.

FIRST PUBLISHED 6:00PM, MAY 12 2017
A lot of it is down to conformation. Some horses could gallop down the side of building and feel okay the next day