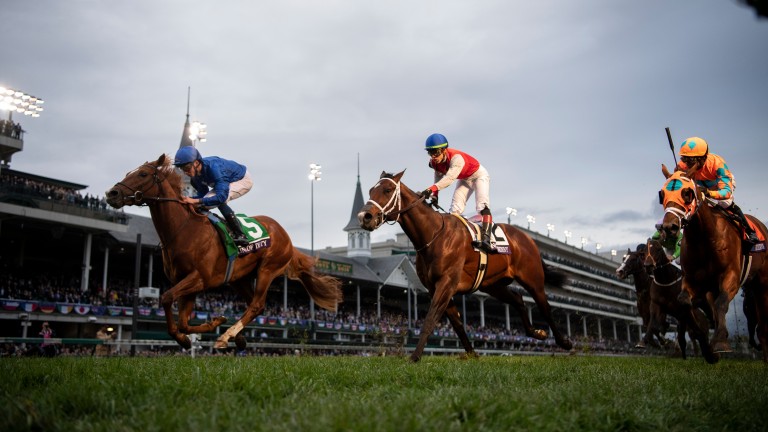 Line Of Duty entered the Derby picture after surging up the Churchill Downs straight to win the Juvenile Turf, getting Britain off the mark at this year's Breeders' Cup.

Off a strong early tempo, William Buick produced 3-1 joint-favourite Line Of Duty late, pulling the two-year-old out off the home bend before he quickened smartly down the outside to claim Uncle Benny and Somelikeithotbrown. The Tom Dascombe-trained Arthur Kitt emerged with plenty of credit in fourth.

Line Of Duty did bump Uncle Benny late on, causing an anxious wait for connections as the stewards launched an inquiry, but the Charlie Appleby-trained juvenile kept the race, much to the relief of Buick.

The relieved jockey said: "I've never been so tense on a racecourse, but that was a great decision by the stewards because we saw the best horse won the race. I thought he did very well because I didn't have a straightforward trip myself. 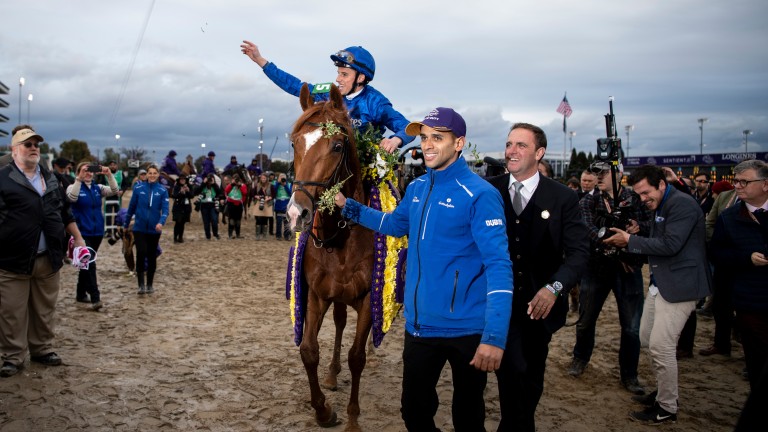 "He jumped too well, which we can't really say many times about our horses – especially two-year-olds – so I took him back and then I got a couple of bumps and had to take him off heels.

"I can't explain to you how relieved I am right now."

It was another big win in a superb year for Godolphin, Buick and Appleby, the highlight of which was a Derby victory at Epsom for Masar who, incidentally, came sixth in this race when favourite at Del Mar a year ago.

That may be a small comfort for Aidan O'Brien, who saw potential Classic hope Anthony Van Dyck finish down the field after failing to fire from an admittedly difficult wide draw.

Paddy Power introduced Galileo colt Line Of Duty at 16-1 for the Derby, and Appleby said: "I was talking to someone the other evening and they said watching him in France last time that he was under the pump early, but this horse just loves to be driven and the harder you drive him, the more he finds.

"It was a fantastic ride by William, he's got him angled out and he's got him a clear run. I knew when he got him rolling down the straight he was always going to hit the line strong and that's what he did.

"It's a fantastic result for the team, I'm delighted for everybody."

FIRST PUBLISHED 9:31PM, NOV 2 2018
I knew when he got him rolling down the straight he was always going to hit the line strong