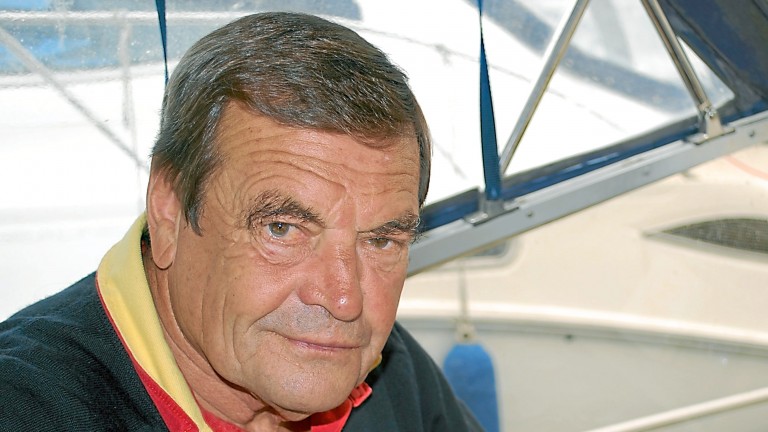 Former top jockey Jimmy Lindley, who narrowly escaped injury when riding in Larkspur’s Derby of 1962, in which seven horses came down in the 26-runner field, has criticised the BHA’s decision to allow Gina Mangan to ride 1,000-1 outsider Diore Lia in Saturday’s Investec Derby.

Lindley feels Mangan, 25, who has only one winner on her CV – at Roscommon eight years ago – and has never ever ridden at Epsom, is in a no-win situation.

He said: ”It’s crazy and reminds me so much of that Derby 55 years ago. Joe Mercer [on eventual fourth Escort] and I were tracking Maurice Larraun, who was a similarly inexperienced French jockey."

Lindley, 82, who came eighth on River Chanter, recalled: "Halfway down Tattenham Hill all I could hear was ‘click, click, click’ as he was too close to the horse in front and kept clipping heels.

“We were racing three wide and I said to Joe ‘he’s going to come down, let’s get out of here’, and we both switched inside to avoid what was a pending disaster.

“Suddenly, all hell broke loose, and there was an almighty pile-up, with Hethersett, the 9-2 favourite, and the much-fancied Romulus among those who came down, while King Canute broke a leg and sadly had to be put down. 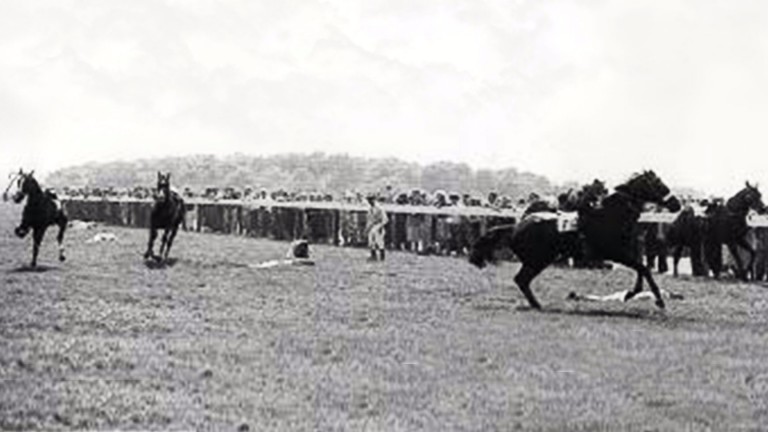 Mayhem in the 1962 Derby, won by Larkspur, with seven horses coming down. The stewards said so many horses had no right to be in the 26-strong field

“Bobby Elliott was the only jockey to walk away – the other six were taken to hospital – and it's just not fair on the young girl to put her in this situation."

The winner of three British Classics and a King George added: “The Derby is invariably a rough race, and this year the field looks like being the biggest for 14 years, and it’s race in which a jockey needs to be streetwise and to see trouble coming before it actually happens.”

The stewards apportioned no blame to any of the jockeys in Larkspur's Derby, but they did issue a warning saying they regretted that “so many horses who had no right to be in the field had been allowed to run by their owners and trainers”.

Lindley also raised a question of why no-hoper Diore Lia is even in the race. “She has a Racing Post Rating of 52 and when she starts to drop back through the field anything could happen. If connections want a runner in the Classic, why not go for the Oaks?”

FIRST PUBLISHED 6:13PM, MAY 30 2017
It’s race in which a jockey needs to be streetwise and to see trouble coming before it actually happens