Limini to take on Jezki in Red Mills Trial Hurdle 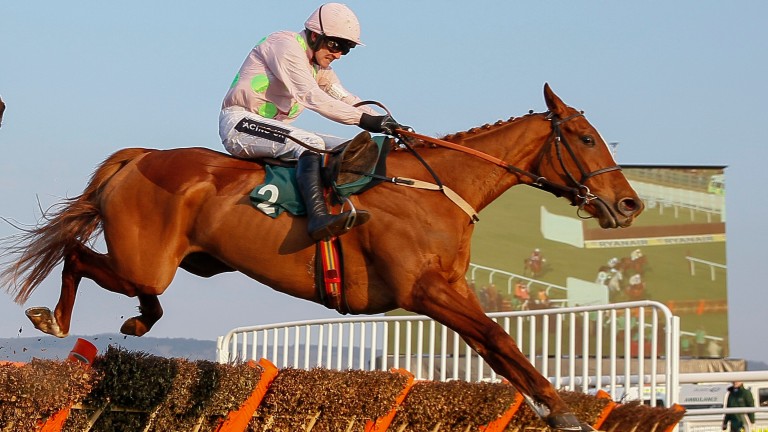 Limini is on course to make a delayed reappearance on Saturday when she will take on Jezki in the Red Mills Trial Hurdle at Gowran Park.

Winner of the Grade 2 mares' novice hurdle at Cheltenham last year, Limini is a general 4-1 shot for the Grade 1 OLBG Mares' Hurdle at the festival next month. Saturday’s race will be her first start since she finished second to her stablemate Whiteout in a Grade 1 mares event at the Punchestown festival in April.

Her trainer Willie Mullins said yesterday: “The Red Mills is the plan for Limini once we’re happy with her over the next few days. We’re looking forward to getting her back on track.”

There are eight entries for Saturday’s 2m event and Frank Berry, racing manager to JP McManus, yesterday confirmed Jezki is an intended runner.

He said: “We were very happy with Jezki’s comeback run at Navan last month. He had been a long time off and it was good to see him start back with a win. He jumped very well and while the race conditions suited him you’d have to be pleased with him. We’ll see how things go at Gowran and how he comes out of the race before deciding about Cheltenham.”

The Jessica Harrington-trained nine-year-old is entered for the Stan James Champion Hurdle, which he won in 2014, and the Sun Bets Stayers' Hurdle at the festival.

According to Berry, Sutton Place, an impressive winner at Naas on his most recent start, is more likely to run in the Grade 2 Ladbrokes Ireland Boyne Hurdle at Navan on Sunday than take on Jezki in Saturday’s race. "He’s a possible for Navan. We’ll decide in a few days," Berry said of the Gordon Elliott-trained six-year-old.

The Mullins-trained Renneti, runner-up to Jezki at Navan last month, is among the 13 entries for the Boyne Hurdle.

Identity Thief, who unseated his rider at the first fence in the Grade 1 Arkle Novice Chase at Leopardstown last month, is among the seven entries for the Grade 3 Flyingbolt Novice Chase over 2m1f on the Navan card.

FIRST PUBLISHED 5:44PM, FEB 14 2017
The Red Mills is the plan for Limini. We’re looking forward to getting her back on track