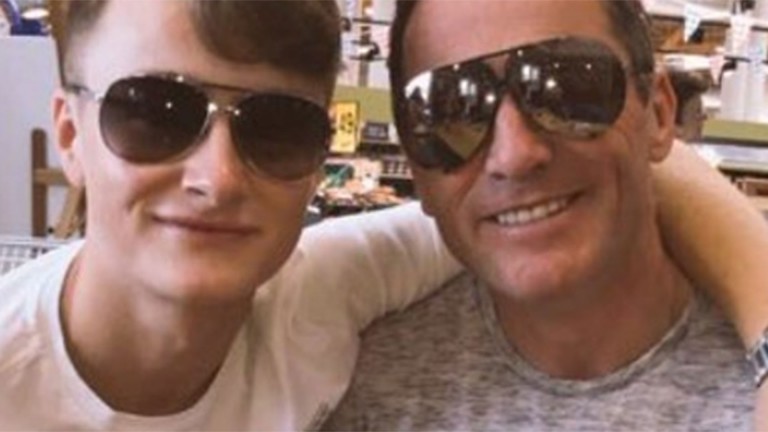 Fallon snr was on hand to see the 19-year-old bring the John Ryan-trained seven-year-old with a well-timed run inside the final furlong to win by half a length, at the chief expense of Peachey Carnehan.

Fallon jnr said: "That's my third ride and it feels really good to get the first winner out of the way, as you tend to start wondering if it's going to happen. It’s a fair weight off my shoulders and now the plan will be to ride a few more winners over the autumn.”

The apprentice, based with William Haggas in Newmarket, added: "I've been keeping my head down and working as hard as I can. I'll keep doing that. I love what I'm doing. It would be brilliant to be as good as dad was when he was riding at his peak, but that's a really tall order.”

Fallon snr said: ”Nothing's been discussed about Cieren’s future and he'll be doing whatever William Haggas tells him to. It’s brilliant to see my son ride a winner. He's 19 and has been doing lots of other things since he was 17, like football and rugby.

"He decided he wanted to be a jockey, and this is the first step for him. There's an awful long way to go and, as we all know about the racing game, one minute you're up and the next you're down."

FIRST PUBLISHED 6:49PM, SEP 24 2018
That's my third ride and it feels really good to get the first winner out of the way as you tend to start thinking if it is going to happen