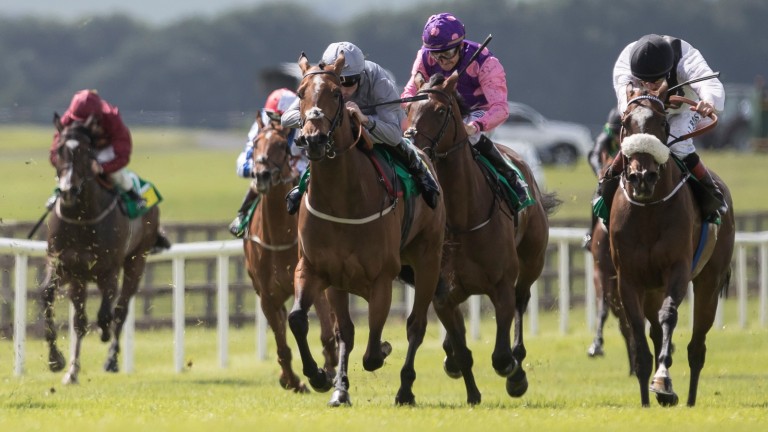 Back-to-back winners traded at 999-1 on Betfair on Sunday – in an extraordinary ten minutes for in-running layers.

Curragh winner Penny Pepper, who was sent off at odds of 16-1, was never nearer than seventh approaching the final furlong in the TRM Ballyogan Stakes before storming home in the Group 3, having traded at the maximum 1,000 on the exchanges. Duelling leaders Only Mine and Alphabet were backed at lows of 1.7 and 1.04.

And a mere ten minutes later, in-running layers were dealt another severe blow at Nottingham, with 50-1 shot Best Of My Love repelling all comers in the 1m½f fillies' maiden having also been laid at 999-1, despite making every yard of the running.

Backers of Kitty Boo looked certain to cash in as the 3-1 shot bore down on the leader, only for Best Of My Love to hold on for the win.

Betfair spokesman Barry Orr said: "While it's not unusual for horses to trade at 1,000 in running and win, it's highly unusual for it to happen in consecutive races.

"In fact, this is the first time such a scenario has unfolded in the history of in-running betting on Betfair, so it's quite a significant day for the exchange."

There have been several incidents of high drama on Betfair in recent weeks, with Frankel colt Westerland foiling a rival who was backed at the minimum 1.01 at Leicester late last month. 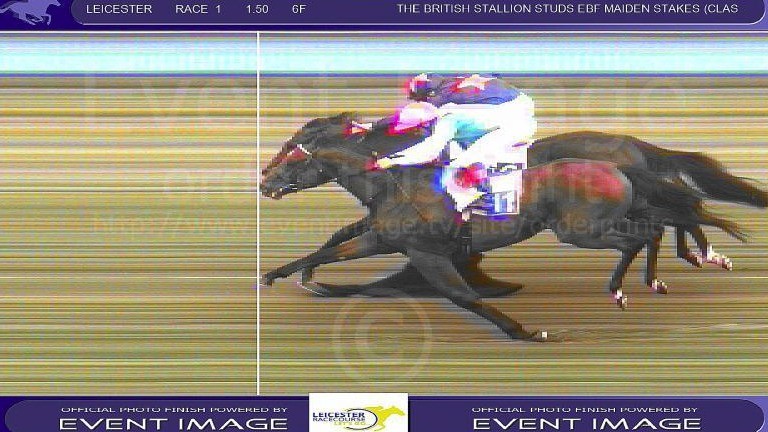 Westerland (near side) has his head down at the right time
Before that, the Mark Johnston-trained Seyaady became one of the most expensive losers in Betfair history when just touched off at Carlisle. 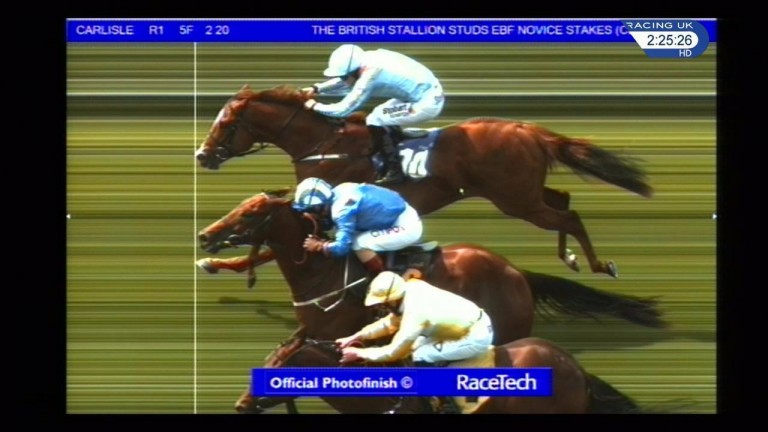 The three-way photo finish at Carlisle
Racing UK
Just a day later, there was joy for 999-1 backers on the exchanges when Captain Sharpe flew home at Hexham, storming to an unlikely victory having been 15 lengths behind the leaders jumping the last.

Best Of My Love's success was not the first time Nottingham has been the scene of in-running drama. In 2011 a massive £404,647 was traded on Kay Gee Be at the minimum price, only for backers to be spectacularly caught out by the course's tricky camera angle. That figure remains the record amount traded at 1.01 on a horse who failed to win.