Talk of the Tracks SAND SENSATION 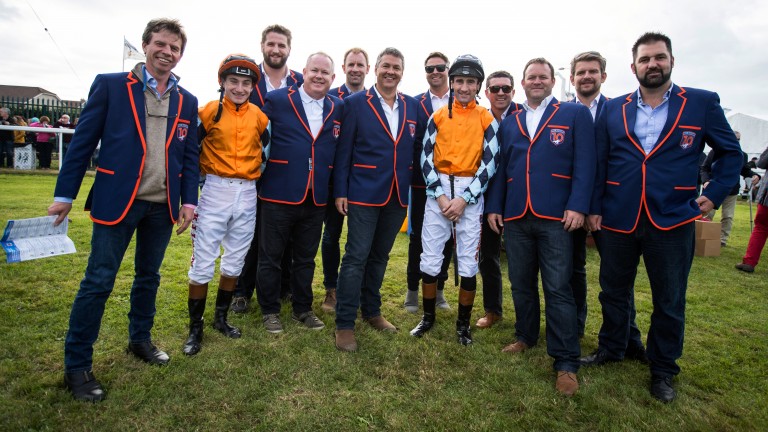 The sun shone bright on the beaches of County Meath as Laytown's once-a-year seaside extravaganza again proved to be anything but the going description of standard.

Think Meydan meets point-to-point. Certainly more of the latter, but it's a carnival atmosphere Dubai officials would surely envy.

The quality of thoroughbred on show may not have held a candle to the upcoming Irish Champions Weekend, but there's a certain charm that makes the unique racing place extremely popular.

There was a healthy crowd outside the nearby bars and aptly-named Offshore Bookmakers shop that greeted racegoers approaching the venue – there's little doubting punters enjoy the challenge of finding gold in the sand.

And it's not solely a home affair by any stretch of the imagination, something evident at every turn.

From Jamie Osborne's unmistakable presence on track with his Melbourne 10 racing partnership – who were decked out in the smartest of matching blazers and enjoyed a winner in the last with Monteverdi – to the British voices in the crowd, with track manager Kevin Coleman reporting “about half of our hospitality has been booked by British-based racegoers”.

Among those in attendance were Cardiff brothers Barry and Gareth, who made the journey to County Meath for the first time. 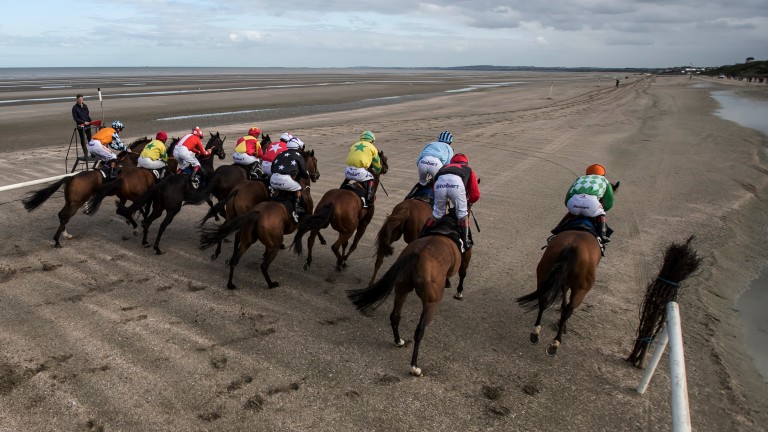 And they're off: runners in the opening 6f handicap, won by Coreczka, leave the stalls
Patrick McCann (racingpost.com/photos)

One, it was unclear which, said: "We threatened to visit for a long time, always having been drawn to it on television.

"After sitting at home in the local tuning in last year we decided it was high time we ticked beach racing off the bucket list. It hasn't disappointed."

One can't ignore the youthful influence on proceedings either. There's a life to the place that can be brought only by young people intrigued and enjoying the occasion with friends.

O'Neill's-branded footballs were bouncing around the green gleefully, as well as among some of the riders in the weigh room before racing.

There was no shortage of canine racegoers enjoying the beach, as well as children drawing in the sand, perhaps predicting the winners in a similar fashion to the scribblers on Epsom's famous wishing well at the Amato pub.

The parade ring is a solid structure on the grass, with plenty of interest in the runners parading and returning to the winner's enclosure, while the betting ring of approximately 40 pitches looked a lively playground.

The hospitality marquees were in rude health, with a lively crowd enjoying the music and craic in abundance, the ear detecting Irish and British voices in unison for this unique event. 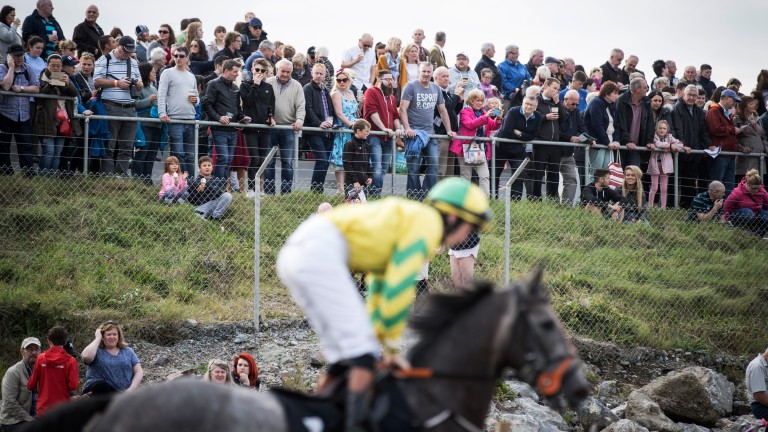 Looking on: a big crowd builds to watch the action on the beach
Patrick McCann (racingpost.com/photos)

But the sandy spectacle of thoroughbreds in full flight on the beach is what the bumper crowd had come to see.

The tide goes out as the sound of runners thundering down the track sets the pulse racing, with necks craned to witness the wonder of Laytown. A woman was heard to ask her boyfriend for a piggy-back in order to gain a better view. He declined politely, pint glass in hand.

Riders were certainly impressed with the seven-furlong stretch in use at the venue, with one heard to say: "They've done an excellent job on the strip up the inside, it's up there with the best in the country".

Enjoyment, excitement and an extremely welcoming atmosphere in abundance. It's little wonder why this seaside jewel attracts crowds from far and wide.

Life is truly a beach at Laytown.

If you enjoyed this you should also read:

Fun on the sand as European beach tracks forge alliance

Ireland’s only seaside track is ready for annual beach party

FIRST PUBLISHED 7:21PM, SEP 5 2017
The tide goes out as the sound of runners thundering down the track sets the pulse racing, with necks craned to witness the wonder of Laytown