Lethargic Don Poli pulled up on his first start for Elliott 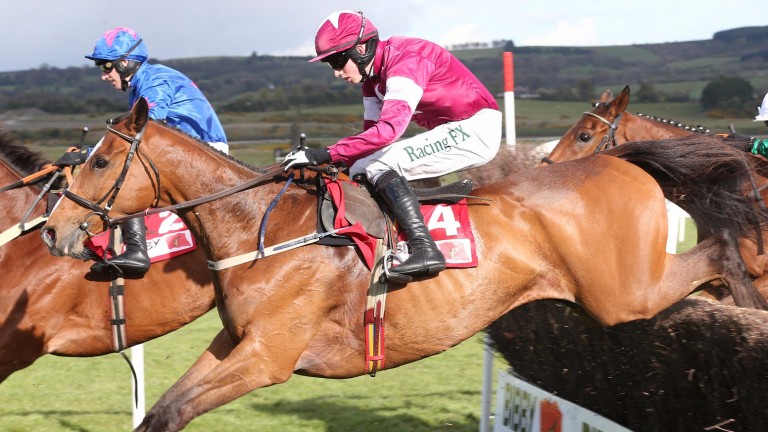 Gordon Elliott had six winners over the two days at Down Royal but you sense he would have slept better last night had either Apple's Jade or Don Poli done the business.

The two biggest names to have left Willie Mullins in the Gigginstown bust-up dented their reputations with below-par performances, but it was the desperate display of Don Poli that must have disappointed Elliott most and he looked as bemused as anyone after Barry Geraghty put him out of his misery by pulling him up after five out.

The Randox Health Grand National rather than the Timico Cheltenham Gold Cup is now likely to be Don Poli's long-term objective.

"Look, what can you say about that? It is obviously a massive disappointment," said Elliott. "He was never travelling at all. I knew we were in trouble from very early. He is slow and maybe we will have to think about the Grand National as a long-term plan now."

Silviniaco Conti at least showed up for the fight. The ten-year-old had everything but Valseur Lido on the ropes with three to jump, and despite going down by four and a half lengths, he finished clear of Galway Plate winner Lord Scoundrel in third.

Noel Fehily was more than happy with the effort and expects him to come on for the run. He remains an unchanged at 7-1 for the Betfair Chase at Haydock with the sponsors later this month.

Fehily said: "I am delighted with him. I thought he ran a fantastic race. He jumped great as ever. It was a good run. He was fit but he always comes on for his first run. I thought three out that I might have everything in trouble but the winner won very well in the end."

The other British raider, The Last Samuri, trailed in last of the five finishers under David Bass as he could not keep his head above water in what was his first Grade 1. Sadlers Risk, the second string from the De Bromhead stable, took fourth.

Monksland came down at the 13th fence when still in contention but Noel Meade revealed that he was none the worse for the spill, although Sean Flanagan did suffer bruising to his ankle.

FIRST PUBLISHED 6:22PM, NOV 5 2016
Look, what can you say about that? It is obviously a massive disappointment