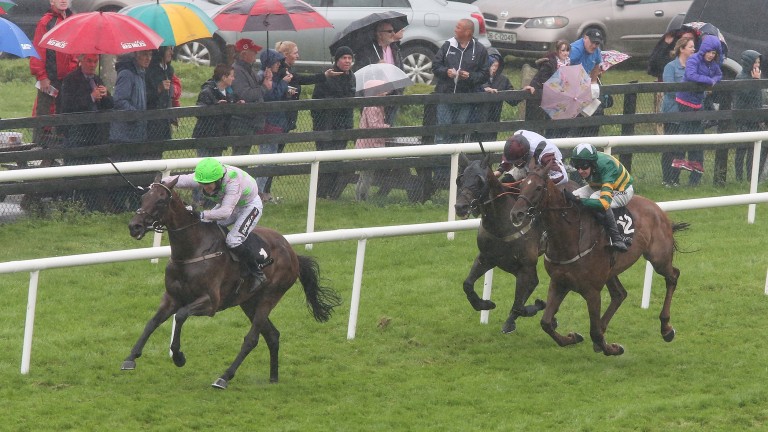 A 16-strong syndicate of owners has accused the BHA of 'robbing' them of an elusive shot at the Betfair Hurdle after Leoncavallo was forced out of Saturday's rescheduled race at Ascot because of the new equine flu vaccination rules.

The Richard Newland-trained seven-year-old, a 12-1 chance with the sponsors last week before the race was postponed because of the flu outbreak, was vaccinated in July, not within the last six months as needed to run under the new restrictions.

James Couldwell, manager of the The Value Racing Club syndicate, said: "I think the decision is absolutely crazy. There is no reason why Leoncavallo shouldn't run. It's gutting, we feel robbed of an opportunity to have a live chance in a big race.

"What the BHA says is horses vaccinated a day before that six-month point are at risk, but the ones after that point aren't. It's absolute rubbish. Richard [Newland] had no runners at Ludlow, Ayr or Wolverhampton, he has his own private gallop and is miles away from the infected yards. It feels as if we're being punished for having perfectly healthy horses."

Roses are red, violets are blue, Leoncavallo can't run in the £155,000 Betfair Hurdle, because of the crazy new BHA Flu rule. pic.twitter.com/UQlrSmUrIi

Leoncavallo, who was last vaccinated in July, had strong claims in Saturday's rescheduled two-mile event on the form of his Galway Hurdle third, where he finished ahead of subsequent Graded winners Bedrock and Le Richebourg.

Connections were also hoping to go to the Cheltenham Festival with a live chance, but Saturday's absence has also potentially put an end to their County Hurdle dream. 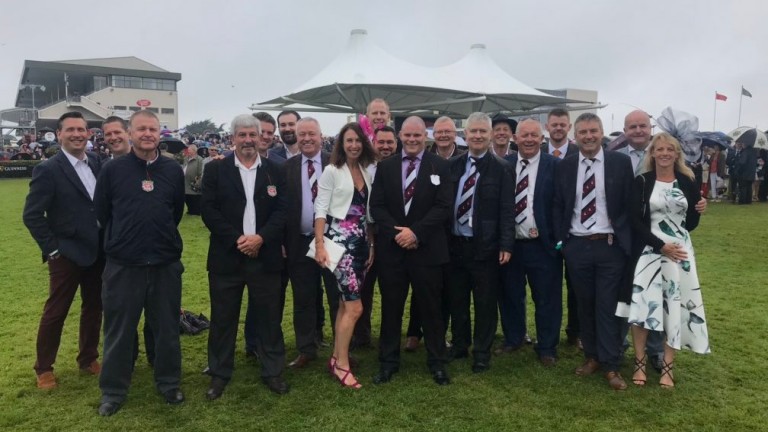 Couldwell added: "We've waited four and a half months for the Betfair Hurdle. Leoncavallo hasn't missed a day of work in that time and he is kicking and bucking at home. We were fourth favourite for the race and the horse had been specifically trained with it in mind. We're missing out on a massive day and all we have to show for it is the bills!

"The logistics mean we'll have about two weeks to get him right for the County Hurdle, and that will just be like a prep race now. So not only have we lost the Betfair Hurdle, our dream for a Cheltenham Festival win has probably gone up in smoke too."

The Value Racing Club pride themselves on offering 'affordable racehorse ownership' and they bought the seven-year-old for £21,000 a year ago. His owners travelled in numbers to watch his brave third in the Galway Hurdle in the summer and were hoping that Leoncavallo could claim a life-changing win for the syndicate members this year.

Couldwell said: "Syndicates like us don’t get many chances to run in those big Saturday races. We're missing an absolutely massive race, it isn’t just me involved it's 15 other people who have waited for this.

"This situation means the owners are continually paying and they don’t get to watch the horse race, which is frustrating for everyone.

"It's gut-wrenching, with solo ownership it's hard enough, but it's my job to let down 15 other people and that's not easy. It's so unfair and gutting for the owners who have done everything right."

Clive Hamblin, veterinary adviser for the National Trainers Federation, says the BHA's decision has been made on the basis of expert opinion.

"In the light of this new influenza outbreak we have two major weapons in our armoury, namely vaccination and biosecurity. There are quite a number of scientific papers supporting the evidence that vaccinating at six-month intervals gives superior protection against equine influenza virus and hence the BHA’s approach to resuming racing if the participants have been so protected," he said.

In addition, he warned: "This was never going to please every owner and trainer, but the advice of world experts would be ignored at our peril."

FIRST PUBLISHED 10:53AM, FEB 14 2019
Not only have we lost the Betfair Hurdle, our dream for a Cheltenham Festival win has probably gone up in smoke too