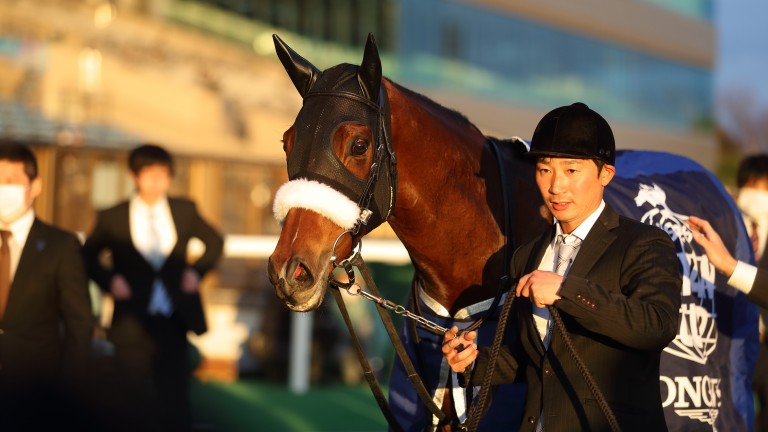 Christophe Lemaire was aboard for all of Almond Eye's nine wins at Group 1 level – a record for a horse on the Japan Racing Association circuit – and was joined by trainer Sakae Kunieda and the five-year-old mare's work-rider Kosei Miura for the 35-minute tribute.

"Today we are here to celebrate the retirement of a fantastic mare who rewrote the history of Japanese horseracing," said Lemaire.

"Almond Eye has been special from the beginning. With her physique, running style, fighting spirit and rare ability, she has attracted horseracing fans all over the world, not just in Japan. She has been cherished by everyone who loves and is passionate about horses and horseracing from her first to her last run."

Masashi Yonemoto, the CEO of owners Silk Racing, pointed to the difficulties Almond Eye has had to overcome during her career, including the heat stress she suffered after winning the Dubai Turf in March 2019 and the aborted trip to Meydan this year in defence of her title for a meeting ultimately cancelled due to the onset of the Covid-19 epidemic.

Kunieda has shown great skill in his campaigning of Almond Eye and his tribute also brought warm applause from the fans and racing professionals present. 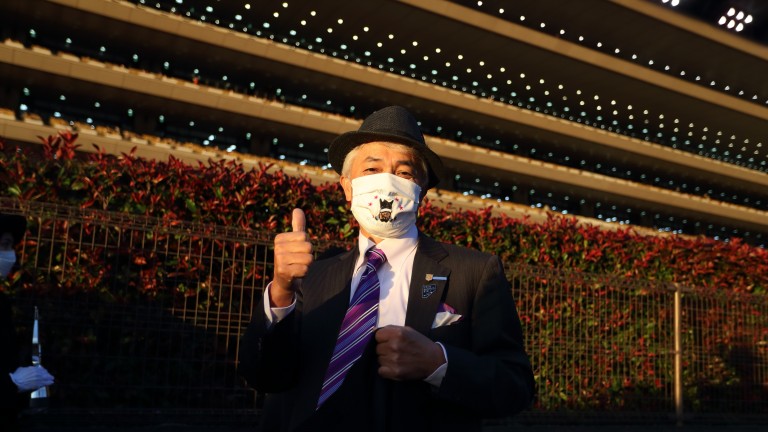 Sakae Kunieda: "I would like to train her offspring"
Masakazu Takahashi

"Of course I am little bit sad after her retirement," said Kunieda. "My favourite memory is her first Japan Cup. She showed her stunning ability and the race time was so fast that I thought the clock had broken.

"She had an on/off switch, so she was very sweet when she relaxed in the stable but at the racecourse, she changed, and we had trouble every time controlling her power before the race."

Addressing the darling of Japanese racing directly, and with the microphone shaking in his hands, Kunieda said: "Good work, Almond Eye. Thank you for your great achievements and leaving such wonderful memories. Once you go back to the farm and have a foal, I want to train him or her in my yard, so please give birth to some good horses." 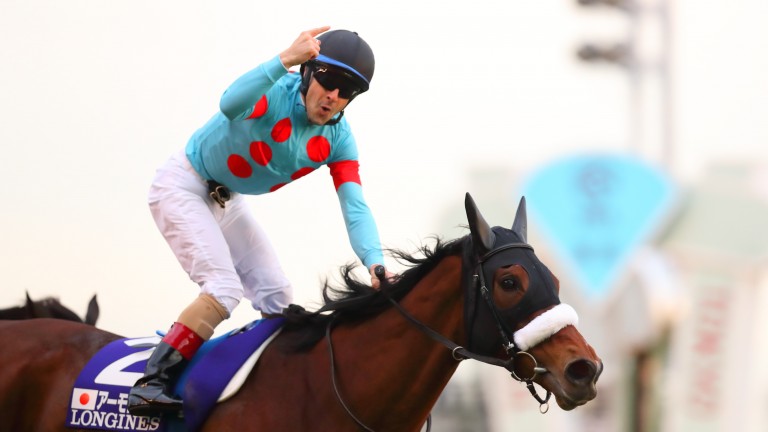 The daughter of Lord Kanaloa retires after signing off her career with a stunning success at the expense of the previously undefeated pair Contrail and Daring Tact in the Japan Cup last month.

Almond Eye won 11 of her 15 races across four seasons and netted more than £13 million in win and place prize-money.

She will now head to Northern Farm, where she is expected to be covered early next year by another Japan Cup winner in Epiphaneia.

In pictures: Almond Eye's scintillating sayonara to her glorious career

Brilliant star in the east: why Almond Eye is the equal of Treve and Enable

FIRST PUBLISHED 9:29PM, DEC 19 2020
My favourite memory is her first Japan Cup. She showed her stunning ability and the race time was so fast that I thought the clock had broken