Godolphin overhaul of famous yard to be complete by spring 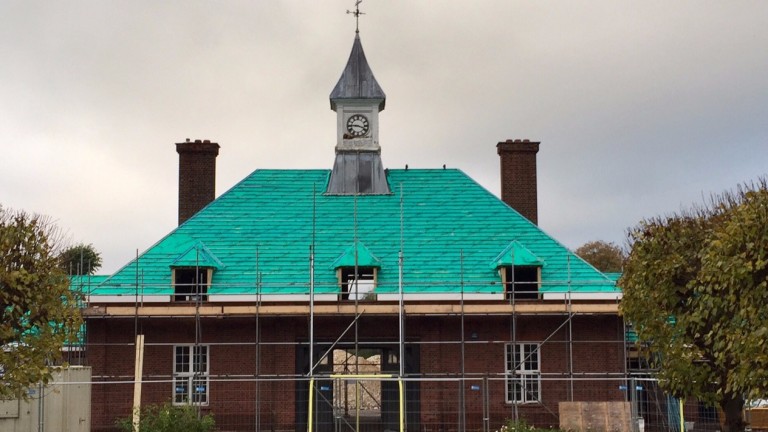 Godolphin's redevelopment of the late Sir Henry Cecil's Newmarket yard Warren Place is likely to be completed next spring.

In 2015 Sheikh Mohammed purchased the property from Lady Cecil, who retired from training a year ago and remains in the house, and he has spent millions on the site which backs on to Charlie Appleby's base at Moulton Paddocks.

Among the new facilities close to completion are three 31-box stable blocks and a 1.7 furlong exercise ring with associated facilities. Of the existing buildings, the 100-year-old front yard where many of the Cecil stars stood is being refurbished to a high standard

Although Warren Place should welcome horses again in 2017, the sheikh has yet to make any operating decision about the yard and it is not clear if it will be up and running in time to be part of Godolphin's plans for the 2017 Flat season.

Jim Clarke, assistant racing manager to Godolphin, said: "The redevelopment of Warren Place is coming along but there is not yet any decision about its future."

Ten-time champion trainer Sir Henry Cecil trained from Warren Place from 1976 until his death in 2013. During this time the yard was home to champions such as Frankel, Slip Anchor, Reference Point, Oh So Sharp and Bosra Sham.

FIRST PUBLISHED 3:50PM, NOV 16 2016
The redevelopment of Warren Place is coming along but there is not yet any decision about its future