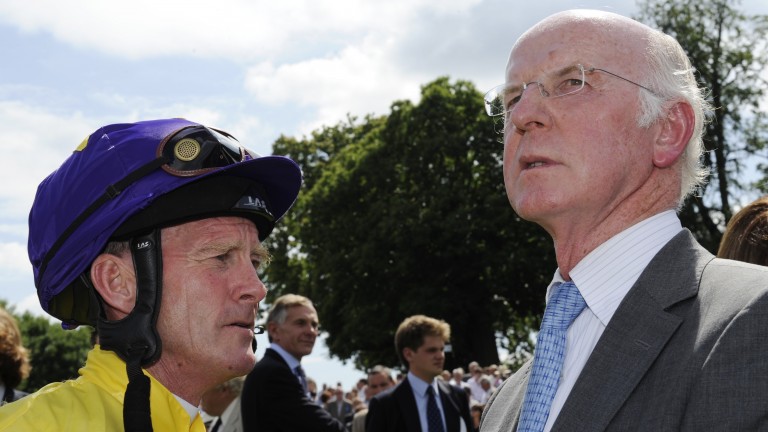 John Oxx (right): "I don't see why they can't extend the Flat season into November and maybe even into early December"
Edward Whitaker
1 of 1
By Brian Sheerin UPDATED 8:16AM, APR 2 2020

John Oxx has urged Irish racing's decision makers to stretch the Flat season into December by utilising all-weather track Dundalk in an effort to fulfil the majority of this season's programme.

Racing in Ireland has been put on hold since the 2020 Flat season was launched at Naas on March 23, and Oxx, who masterminded the careers of Sea The Stars and Sinndar, believes it would be a big mistake to try and condense the Flat into just a few months.

Instead, Oxx has suggested whenever racing does resume, every effort should be made to run the lion's share of the schedule and, provided a new surface has been laid at Dundalk, Ireland’s only all-weather track should be leaned upon. 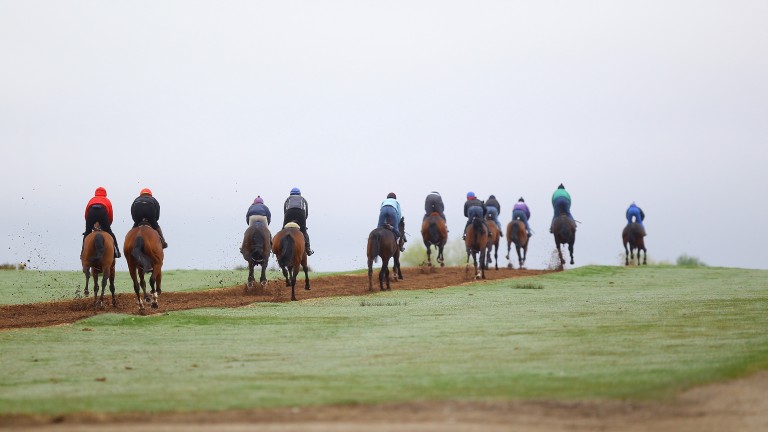 Irish racing: a decision is expected on the resumption of racing on Friday
Patrick McCann

The trainer said: "I don't see why they can't extend the Flat season into November and maybe even into early December. Hopefully Dundalk will have a new surface by then, and if that was in, it would be more attractive than the current one and would be able to take a few more meetings as well."

Oxx added: "If we are lucky enough to have one of our dry autumns the ground will be fine in November and even into December.

"It's not uncommon to have good ground right up until December. I know that here from the gallops [on the Curragh].

"We close grass gallops here when it gets too wet but we've had grass gallops open here into December I'd say three out of the past five years.

"Plenty of use could be made of Dundalk in the run up to Christmas as well. If we didn't get all of the turf fixtures fitted in, certainly we could run more races at Dundalk, especially if we have a new Polytrack."

Jim Martin: "The hope is that we will have a new surface down by June."
Alain Barr

Jim Martin, manager at Dundalk, revealed that despite the current climate, plans to relay the surface have been moved forward and work could be completed by the end of June.

He said: "While you don't want to predict the future right now, the hope is that we will have a new surface down by June."

Owners keeping horses in training during the coronavirus pandemic, with no races for their horses to run in, must be rewarded when normality returns, according to Oxx.

He said: "There is no need for us to try and shoehorn the entire season into just a few months.

"There are plenty of blank days during the summer as well and I think, if we run a few more eight-race cards, the calendar could be run more or less in its entirety."

Oxx added: "I know it's not simple but there is certainly scope for us to carry on much longer as the Flat season used to go on well into November up until recently. It is not as if it has never been done before.

"What racing needs is all of the races to be run and all of the prize-money dished out. We need to keep owners happy because owners are paying training fees for horses when we have no racing.

"Owners by nature are very patient people. They are happy to wait and you want to reward owners for their patience by running the full number of race meetings and fixtures."

No Punchestown festival for 2020 as Horse Racing Ireland ends season

FIRST PUBLISHED 8:11AM, APR 2 2020
What racing needs is all of the races to be run and all of the prize-money dished out