Legendary chaser to be commemorated by Royal Mail 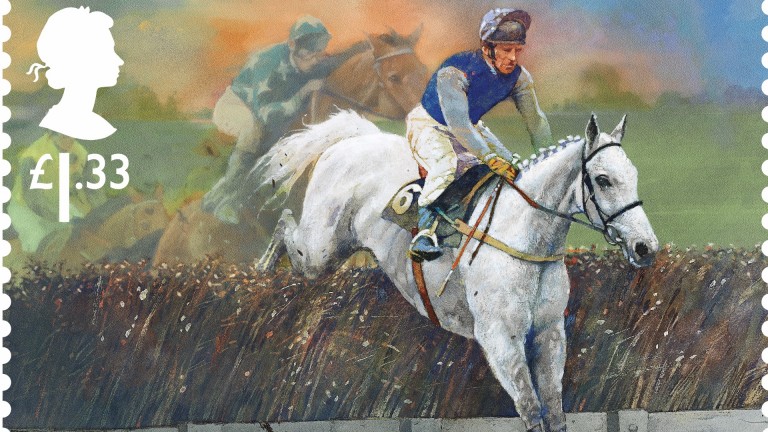 The legendary Desert Orchid will feature in the Royal Mail's special stamp programme this year, along with seven other yet-to-be-named racehorses.

For more than 50 years the Royal Mail's stamp series has commemorated anniversaries and celebrated events relevant to British heritage and life, and in April 'racehorse legends' is the title of their programme.

In all eight horses from the past six decades - four Flat and four jumps - will be honoured with an original-artwork stamp. Desert Orchid's portrays him en route to winning in the 1989 Cheltenham Gold Cup, while his career highlights also included four King George triumphs.

The Royal Mail's series includes a set of prints from Windsor Castle, while the Songbirds collection will feature ten birds that herald spring and summer in Britain.

According to the Royal Mail, there are an estimated 2.5 million stamp collectors and gift givers in Britain. The Queen approves all UK stamp designs before they are issued.

FIRST PUBLISHED 12:01AM, JAN 2 2017
The series will include a set of prints from Windsor Castle, while the Songbirds collection will feature ten birds that herald spring and summer in Britain

Dessie: the dashing grey who captured the hearts of the nation in a golden era