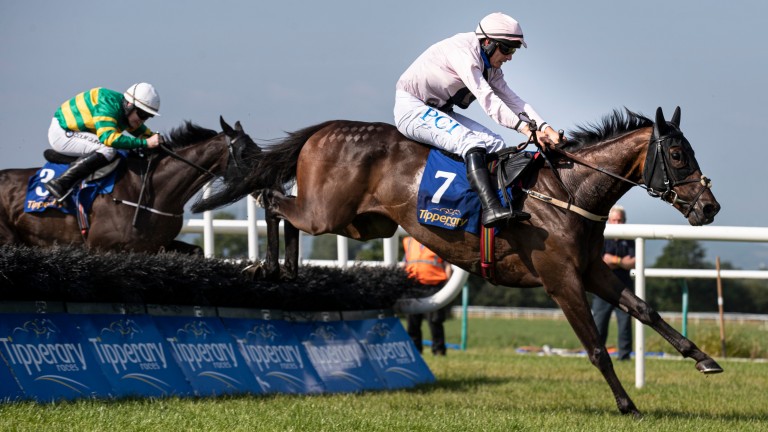 With seven of the original ten entries and six of the eight who went to post, it was easy to conclude that JP McManus was keen to win the Grade 3 Kevin McManus Bookmaker Grimes Hurdle, sponsored by his brother and bearing the name of his high-class hurdler-chaser of some years ago.

McManus had to play second and third fiddle, however, as the small yard of Galway trainer Norman Lee came up trumps with his star performer Sole Pretender justifying 5-4 favouritism under Paul Townend, who was riding the winner for the third year in a row.

Sunday's Curragh winner Effernock Fizz and Sole Pretender made it a testing gallop, with the main McManus hope Darasso keeping close tabs on them.

The winner looked a sitting duck for Darasso turning in but he found plenty between the last two flights and sustained his advantage with a quick jump at the last to score by two lengths, with the veteran Modus 18 lengths away in third.

Lee hopes Sole Pretender will not go up too much to rule him out of a crack at the Galway Hurdle at the end of the month.

He said: "It's unreal to win a Graded race, it's our first one and the first horse we have had who has been good enough to contest one. He's a credit to his owner Michael Hogan and everyone at home.

"He has a high enough rating so we might stay in Graded company, but if he stays at 150 he might go for the Galway Hurdle. He's our stable star, we only have a dozen horses in at home, but he's just unreal and he never runs a bad race. We'll keep dreaming away with him."

FIRST PUBLISHED 6:55PM, JUL 1 2021
He's just unreal and he never runs a bad race. We'll keep dreaming away with him