Talk of the Tracks MUSSELBURGH

Lee plans to ride in bumpers during winter after Senatus success 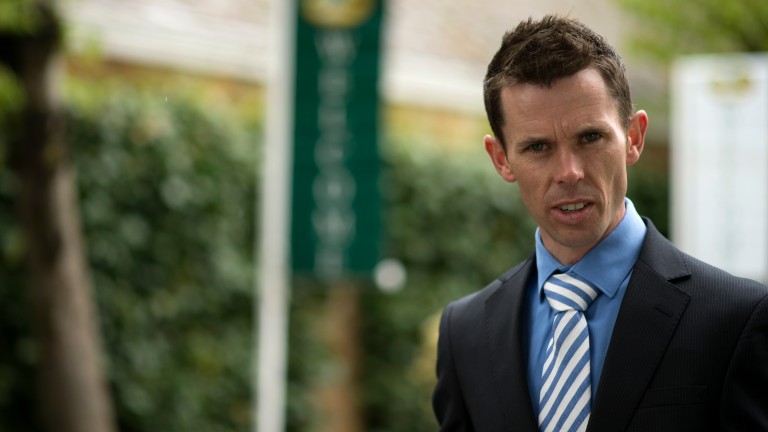 Graham Lee is planning to ride in bumpers for a large part of the season and has his sights set on reaching 1,000 jumps winners in Britain after making a victorious return to his old discipline.

The Grand National-winning-rider, 40, was one of the leading jump jockeys in the north before switching to Flat racing five years ago and won the bumper on Senatus.

"It’s great to be back and I’m hoping to reach 1,000 jumping winners in Britain," said Lee, who now has 996 - plus five winners over jumps in Ireland.

"I decided to give it a go after Karen [McLintock] asked me to ride this one. I hope to ride in bumpers throughout the winter but I definitely won’t be riding in hurdles or chases."

McLintock added: "I wanted Graham to ride for old time’s old sake - he used to ride for me a lot in bumpers. I’m hoping he can ride this horse again and other bumpers horses for me throughout the winter.

"We rate this horse highly; if we can keep a lid on him he’s an exciting prospect to go hurdling."

Tony Martin secured his first success at Musselburgh with Clonalig House in the 2m3½f handicap hurdle.

The 3-1 chance travelled smoothly and stretched clear after the last to defeat Faithful Mount by three-and-a-quarter lengths.

Jockey Denis O’Regan said: “This wasn’t a great race but he did it very well. The ground’s ideal for him and this is the right level.”

Martin and O’Regan nearly clinched a double but Our Sox failed to catch outsider-of-three Castletown Bridge by a head in the 3m2½f novice handicap chase.

Winning trainer Paul Stafford grasped the opportunity to enter the nine-year-old when he realised the race was going to attract only a small field.

“We didn’t really fancy him but we ran a horse for the same owner the previous day and when we realised there were going to be only a few entries we thought we’d stick him in and take a chance,” he said.

“The outsider-of-three system has worked again. I can’t really explain how he’s won but he’s a strong stayer and the longer trip was a help.”

The nine-year-old belted a few fences but was never in serious danger from the last, staying on well to defeat Wings Of Smoke by five lengths.

Daryl Jacob, who was registering his third win from five rides at the track in the last five years, said: “He was well fancied. He ran a good race well at Cheltenham last time and coming back in distance and in this lower class he had to have a decent chance.”

Back to winning ways

Venue was another to appreciate a return to a shorter distance as he stormed home by ten lengths in the 2m handicap hurdle.

The six-year-old is trained by Donald McCain, whose assistant Adrian Lane said: “We were hopeful. He ran well at Aintree and took some of the hurdles away with him. I don’t think it was the two and a half miles that found him out and I’m sure he’ll get that trip.”

Useful Flat racer Cape Of Glory made a smooth transition to jumping when comfortably justifying even money in the juvenile hurdle, while Taurian was another jumping newcomer to score when beating three rivals in the maiden hurdle.

The enterprise of Irish trainers Tony Martin and Paul Stafford in sending over runners to take advantage of depleted fields was rewarded with the victories of Clonalig House and Castletown Bridge.

FIRST PUBLISHED 6:13PM, NOV 3 2016
I hope to ride in bumpers throughout the winter but I definitely won?t be riding in hurdles or chases