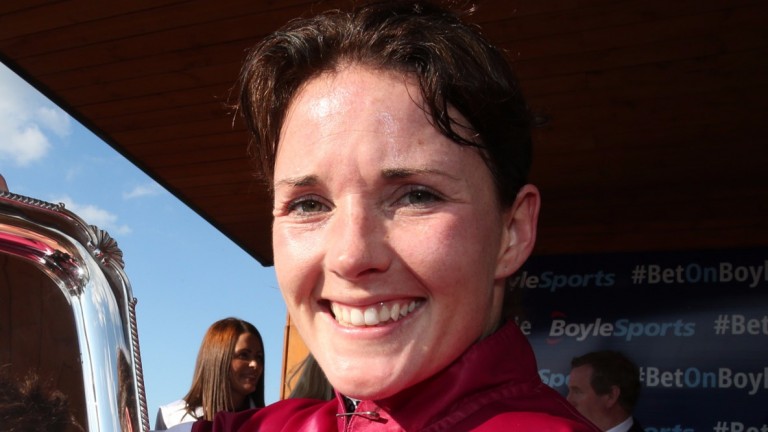 Katie Walsh: out to emulate brother Ruby in the Grand National Steeplechase
CAROLINE NORRIS
1 of 1
By Andrew Dietz 6:15PM, NOV 29 2016

Katie Walsh has come closer than any other female jockey to winning the Randox Health Grand National but, despite the near misses, she believes the historic feat will be achieved one day.

Walsh, whose best finish in four appearances in the Aintree spectacular came on third-placed Seabass in 2012, became the third woman rider to claim glory in the Irish equivalent when partnering Thunder And Roses last year.

"I think it's possible for a woman to win the Grand National," she said. "The chances are quite slim considering only one or two girls might ride in it each year but if you're in the right place at the right time who knows what could happen."

Walsh achieved another breakthrough when gaining her first top-flight victory in the Champion Bumper at the Punchestown festival back in April.

"It was fantastic to win the Irish National and to get the Grade 1 on Blow By Blow was brilliant," she said. "It's always been steady away with me but it's great to get a big win every now and then."

With fellow leading amateur rider and sister-in-law Nina Carberry missing the rest of the season after announcing her pregnancy, Walsh is looking to Rachael Blackmore to continue to impress.

"Rachael was second in the Troytown the other day and has had a few winners for Shark Hanlon recently," she said. "She's turned professional, has got her claim down to 5lb after a fantastic few months and it would be a huge achievement for her to ride out her claim."