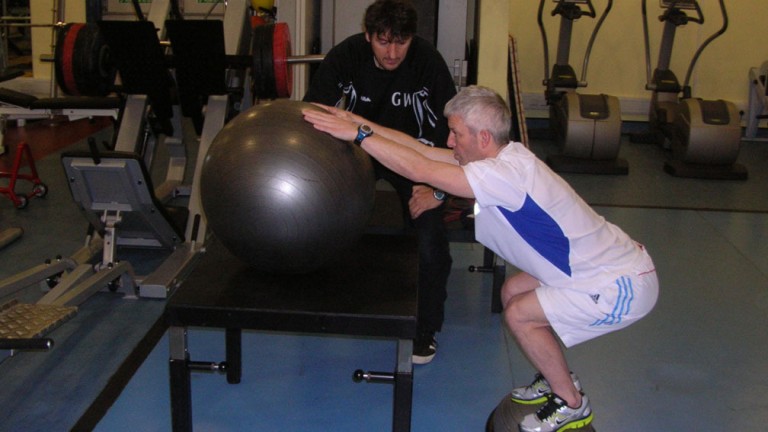 Leading jockeys' physiologist Dr George Wilson has argued that females possess an advantage over their male counterparts due to the effects of wasting – calling into question the need for the pending 2kg allowance in France.

Rather than females being at a physiological disadvantage, Wilson possesses data which leads him to believe a hydrated female rider could, in fact, have a physiological advantage over her dehydrated male counterpart.

His views were aired after Josephine Gordon and Hollie Doyle bagged five wins between them at Kempton on Wednesday evening, one of Gordon's 4,419-1 treble, 33-1 chance Tractive Effort, defeating hot favourite On Fire by a neck off bottom weight of 8st 4lb, which the jockey can do comfortably having ridden at 7st 11lb within the last 12 months.

Wilson, exercise physiologist at Liverpool John Moores University who specialises in weight-making among jockeys, has published several peer-reviewed papers which proves that acute sweating significantly reduces leg and chest strength, and, specific to race-riding, pushing frequency, having tested this on a simulator in a two-mile bumper.

His work has also shown male jockeys are far more commonly in a dehydrated state when race-riding than female jockeys.

“On that basis, using the pushing post-dehydration study, males are already compromising their physical capabilities and logically could be at a disadvantage in situ compared to the euhydrated females,” said Wilson.

He added: “We typically see in labs dehydrated male, mostly Flat, jockeys, whereas the female jockeys are euhydrated. That's largely because, we would suggest, males have more rides and therefore are required to make weight more often.

"So before we start on weight allowances, we could ask, are males the ones at a disadvantage rather than females?”

He added: “Anecdotally, in more than 250 jockey tests at LJMU I have never heard a female jockey tell me they have cramped in a race, which in males is a very common tale after heavy intentional sweating to make racing weight – so, again, males are commonly compromising their physical performance as a result.”

Wilson does not dispute that male riders are stronger – he stated on the BBC in the build-up to last year’s Grand National when comparing Katie Walsh and Andrew Thornton that “men are naturally more powerful than women in tests of speed and power” – but he possesses no data proving such factors are more influential in race-riding success than balance, timing, positioning and tactics.

He continued: “On the point of bigger, stronger, etc, every time I'm at a conference, including recent BHA meetings, this fitness topic comes up. The fact is no-one knows how being fit – however you measure that, be it Vo2max, agility, flexibility, isometric and/or isotonic strength and optimum body composition – equates to winning performances in race-riding.

“I would, on the basis of what I've just outlined, suggest it's not possible to compare male versus female.”